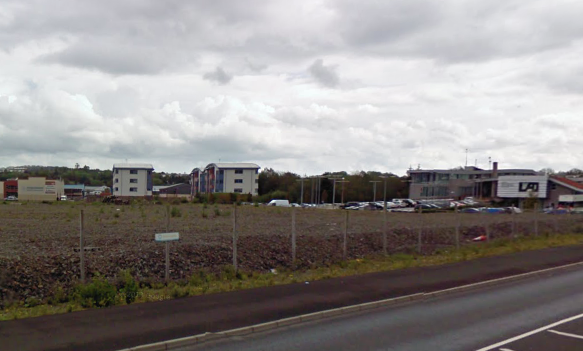 Organisations who will be using the new Social Enterprise centre in Letterkenny have brought a number of concerns to light after design plans were unveiled.

Five community groups will be allocated space in the new building, which is due to will be developed next year on the Joe Bonner link road at a cost of €4 million.

However, some tweaks are needed to make the building most suitable to the needs of the groups, according to Councillor Michael McBride.

Cllr McBride says he has been in contact with Cara House, who have great concerns about the space.

Forty per cent of the social enterprise centre will be allocated to the Cara House family resources services, but the group has raised concerns about the layout, design and interiors.

Cllr McBride said that Cara House has issues with the location and size of the toilets in the building and their suitability for children’s care services. They said that the number of parking spaces (15) and the fencing on the exterior of the building is also a cause for concern.

A number of groups were also concerned by the “exorbitant” rental fees quoted to them for space in the centre, which Cllr McBride said was deemed “over the top”.

Cllr McBride asked for the groups’ concerns to be considered by the Letterkenny-Milford Municipal District at the 11th hour before the project goes to tender. He acknowledged that the social enterprise centre will be a positive facility for Letterkenny’s groups, but he said the plans require some adjustment.

“It will be a great asset, but we need to make sure it’s right,” Cllr McBride said.