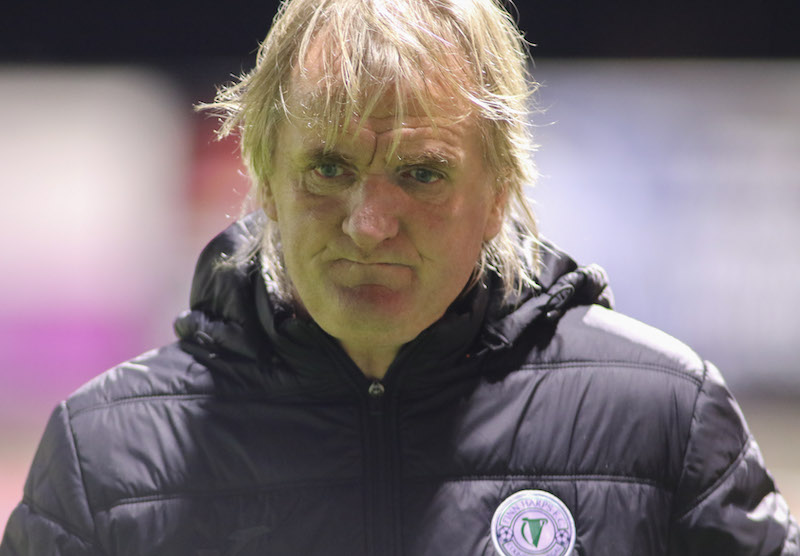 TALKS will continue this week between Ollie Horgan and Finn Harps as the Donegal club bid to hold onto its manager.

Horgan has just kept Harps in the Premier Division in what was his sixth season at the helm, but has been vocal in his calls for increased investment.

“We need to kick on off the pitch if we want to be a Premier Division club,” Horgan said after Harps defeated Drogheda United in the promotion-relegation play-off.

“There are only so many times you can go to the well. Unless we can get investment and people to buy into this club, it’s not going to happen.”

Horgan repeated those sentiments at the weekend when he attended the PFAI’s annual awards function.

The Finn Harps Board of Directors met with Horgan on Monday night in what they say was a ‘candid but positive’ summit.

In a brief statement, Harps says that the talks will continue later this week.

Already, Harps are behind their Premier Division peers. Newly-promoted Shelbourne, for instance, have been active in the transfer market while Sligo Rovers have 13 of their players tied down for next season, making a decision at Finn Park all the more urgent.

The Harps statement said: “Following a candid but positive meeting tonight the Finn Harps board and Ollie Horgan have agreed to continue discussions later this week. Everyone at the club is aware of the need to to build on current fundraising and commercial revenues for the 2020 season and we look forward to announcing new initiatives in the coming weeks.”