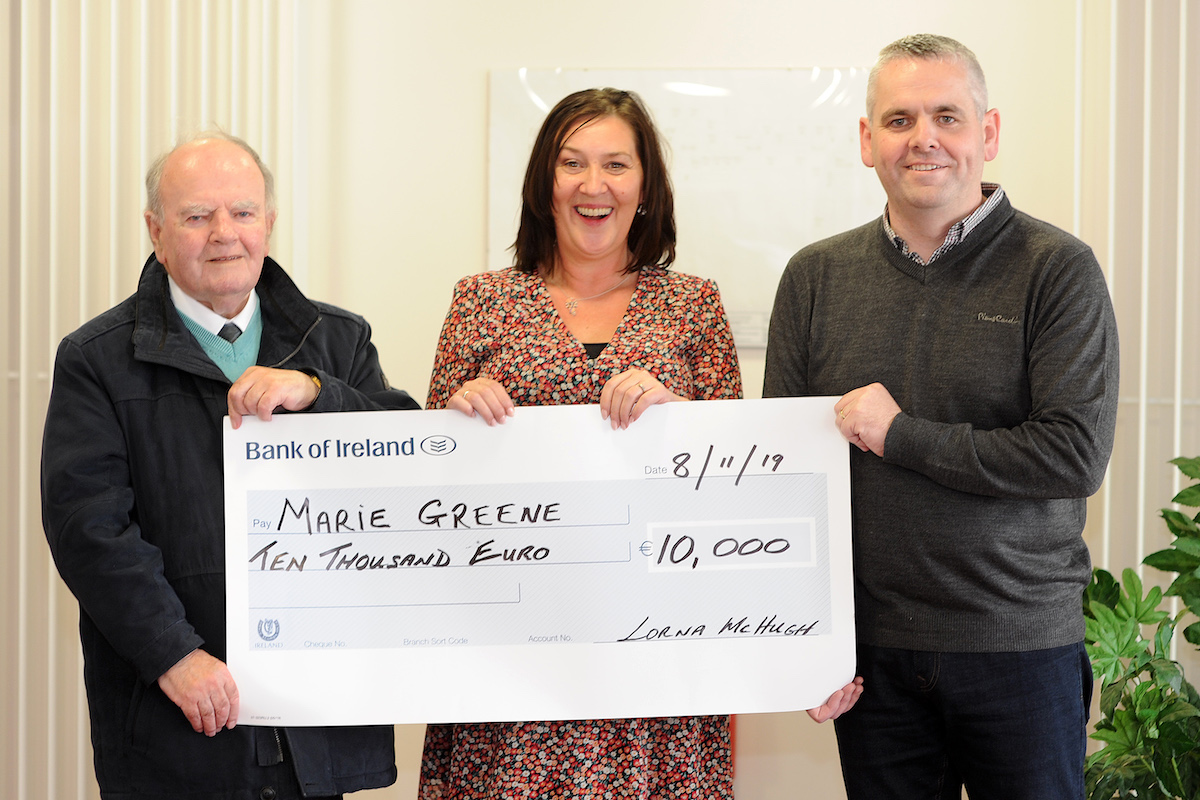 The jackpot, the largest in the history of the long running Harps lotto, had been sitting at its €10,000 ceiling for just over six months.

Marie, living in Knock, Ballybofey is well known to many around the Twin Towns area – she is employed in the Births, Deaths & Marriages Office in the HSE in Stranorlar.

The four magic numbers drawn in the lotto draw on Tuesday 5th November were 1, 11, 20 and 26.  Marie was presented with her winnings by Charlie McHugh from the Finn Harps Lotto committee.

In addition to Marie receiving €10,000 in the Jackpot, the Harps lotto gave away a further €10,000 throughout the year through the weekly €200 prize which is distributed when the jackpot isn’t won.

Therefore, in excess of €20,000 was won by Harps lotto players throughout the last twelve months.

The Harps lotto is one of many vital fundraisers that is run in order to keep senior football alive in Donegal.

The lotto alone generates approximately €25,000 for the club in any given year.

It has never been easier to enter the Finn Harps lotto – it can be done online at www.finnharps.ie.  Enter today, and you could soon be scooping the jackpot too!