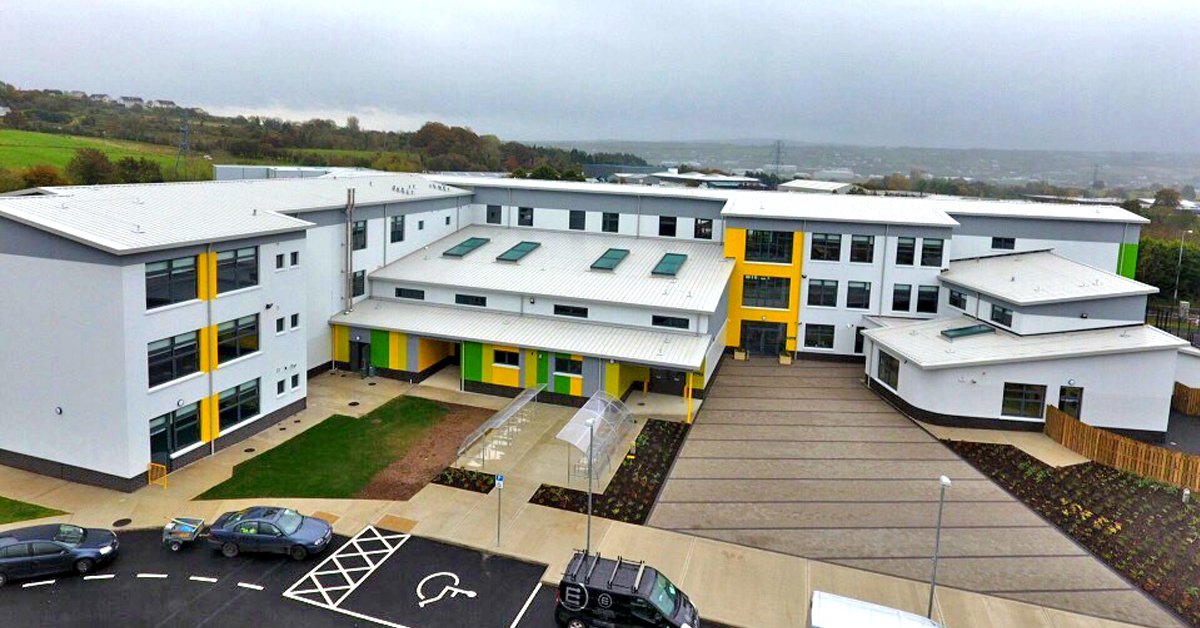 The Minister for Education and Skills Joe McHugh T.D. has today (Tues) welcomed the significant progress on the remediation programme for 40 schools constructed by Western Building Systems (WBS).

Donegal’s Letterkenny Educate Together NS  was part of the second phase of the remediation programme by the government covering 40 schools.

Seventeen schools, including Letterkenny Educate Together NS, were included in the second phase of the remediation programme.

As outlined then, a significant programme of remediation work took place during summer 2019 in relation to the 40 schools in which structural and fire safety deficiencies were identified.

Structural remediation work has taken place on 14 schools bringing them up to the highest possible standard and allowing for the removal of precautionary measures.

The bulk of the remainder of the Schools Remediation Programme is scheduled to be undertaken on a phased basis over 2020 and 2021.

Minister McHugh’s absolute priority at all times has been the safety of students, staff and everyone using these school buildings.

The Minister said: “I welcome the significant progress that has been made on what is a complex, time-consuming and difficult job to fix these school buildings and bring them up to the highest possible standard.

“I want to thank all those connected with the affected schools for your patience and understanding during really disruptive times. I would also like to thank the teams of contractors, engineers, fire safety specialists and project managers for their professionalism from day one.”

“The team overseeing the programme in the Department’s Building Unit deserve huge credit for the way the work has been planned and the way costs have been managed and also for the way in which schools have been supported.

The Department has confirmed that about €40m has been spent this year up to the end of quarter 3 2019 on the remediation programme, covering the cost of investigations, precautionary measures, fire safety upgrades and structural repairs.

The Department continues to liaise with the Chief State Solicitor’s Office and the Attorney General’s Office on the on-going legal process related to the 40 schools built by Western Building Systems.

Minister McHugh said: “The cost to date is less than was initially estimated and this is largely due to the well-managed way in which the remediation programme has been handled.

“The cost is being met through a contingency provision as part of the increased 2019 capital budget of €942m and also thanks to the reduced funding requirement for multi-annual capital development in TU Dublin Grangegorman following the sale of DIT Kevin Street.

“This approach ensures that the cost of the remediation has had no impact on school and third level building projects.”

The next steps for the Schools Remediation Programme are to complete the bulk of structural remediation works in 2020 and 2021 and to continue the phased implementation of the fire safety programmes.

In addition, one school building was closed at Ardgillan Community College, Balbriggan. The remediation solution has been finalised.

Minister McHugh said: “Schools, patrons, principals, teachers, students and parents should be assured that the Government is committed to remediating these schools to the highest possible standard and that we will continue to keep them updated on progress.

“At the same we are also committed to planned construction projects being delivered over the course of 2018, 2019 and 2020 which will provide 70,000 school places and the 29 building projects being progressed at third level.”