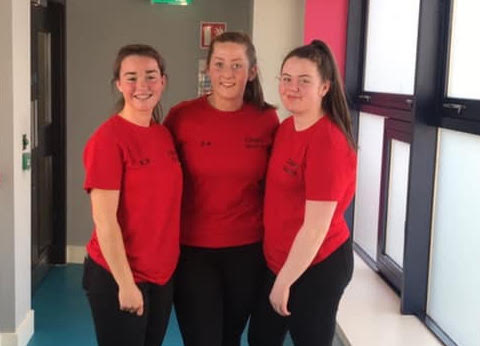 Three Co Donegal schoolgirls are off to Barcelona later this month hoping their sports invention might just strike gold in more ways than one.

Deele College pupils Ellie Barron, Saffron Porter and Stephanie Harper are already All-Ireland champs after their ‘Clean Guard’ product was named the best in the country in the Foroige Youth Entrepreneurship awards in May.

The product is an ingenious way for sportspeople to keep mouth guards or gum shields clean, the holder containing a liquid sanitizer which kills 98 per cent of bacteria.

Now the girls from the Raphoe school will represent Ireland in the European competition in Barcelona on November 22, 23 and 24. 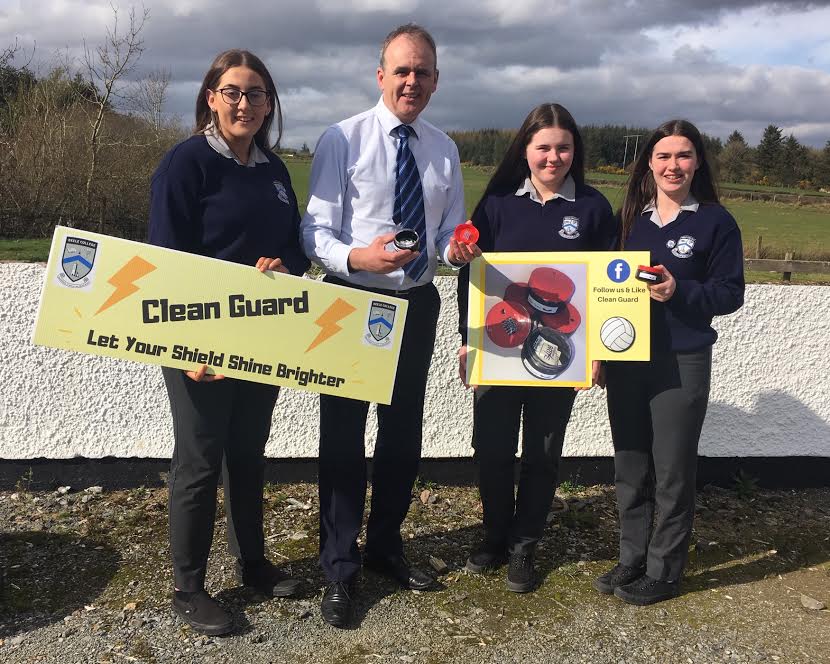 “We were over the moon to represent Donegal in the Youth Entrepreneurship in Dublin in May and I have to say we were in total shock when we won the whole thing.

“Now we’re looking forward to representing our country in Barcelona. It is an amazing opportunity for more people to see ‘Clean Guard’ – a great marketing opportunity and we are hoping to make connections there which would help sell the product in other countries.

“So many sportspeople use mouth guards in so many different sports, from hockey to rugby to boxing and of course to gaelic football.”

Saffron says the trip to Spain wouldn’t happen without the help of teacher Orla Gallagher and principal Joe Boyle.

“Ms Gallagher gave us so much help throughout the year, as did the Business Department and the entire school community got behind us. It’s only sinking in now how well we have done. It would be wonderful to go a wee step further so we’ll see.”

The girls travel with their teacher to Barcelona on November 21 for the three-day event which begins the next day.

They say they are grateful to a number of local sponsors who’ve helped to pay for the trip including the Emerald Guitar Company, the County Seat, Creative Landscaping Workshop, Maguire’s Foodfare, Reillys Sportswear, Cherrymore Kitchens and the Convoy Community Playgroup.

You can see the Clean Guard product here: https://www.facebook.com/CleanGuard1/