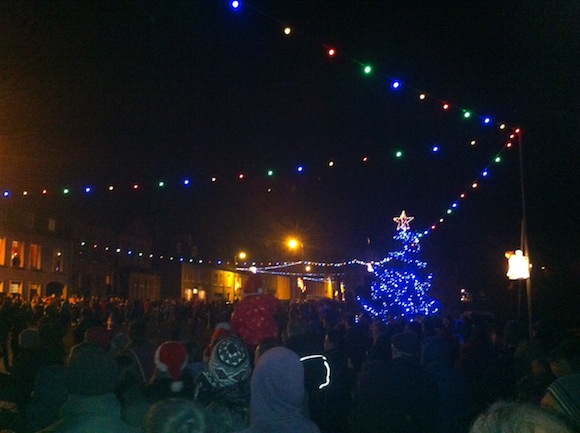 Disappointment as plug is pulled on Ramelton’s Christmas lights

It has been confirmed that the much-awaited Ramelton Christmas lights will not go ahead this year.

The decision has come as a major financial blow to the business community where the Christmas Lights Show over a five-week period increased footfall substantially and added greatly to the profile of the town.

The Tirconail Tribune ollowing a meeting of the lights committee earlier this week, they reluctantly decided not to go ahead with the lights due to circumstances that developed during the Lennon Festival and which remain unresolved.

According to Anthony McCahill who has played a pivotal role in many voluntary projects in the town over the years he said this was a committee decision that was forced on them as a result of unsubstantiated allegations.

He has challenged anyone who made allegations that portrayed the Lennon Committee or himself in a negative light, either on social media or otherwise to substantiate those claims.

Mr. McCahill said that all video footage of alleged ‘incidents’ about damage to property during the festival is there for all to view and he has challenged those involved in promoting this agenda to stand up and be counted… to apologise and clear the good name of the Festival committee and their characters.

News of the decision not to have the Christmas Lights display in Ramelton has come as a huge disappointment where thousands of people flocked to view the county’s most exciting and original lights display that stretched for over a kilometre.

Mr. McCahill has stressed that the lights are the property of the community.

“The lights belong to everyone that contributed to their purchase and rumours that they have been sold are completely untrue. If any group wishes to put up the lights then they are welcome to them and I wish them well,” he added.

The Ramelton Lights project began in 2011 and orginally local personalities were given the honour of switching them on.

But in more recent times the big band names, Jimmy Buckley, Robert Mizzell and Cliona Hagan thrilled the hordes that to came to Gamble’s Square for the opening nights.

Community and business sources in the town have expressed serious dismay at this latest development with fears that other voluntary projects including the Lennon Festival may also be at risk.

Anthony McCahill has paid a sincere thanks to everyone that has contributed to the expenditure on the lights. The workers and all other voluntary projects in which he’s been associated with over many years.

He said he sincerely regrets that this decision has been forced on the Christmas Lights Committee.