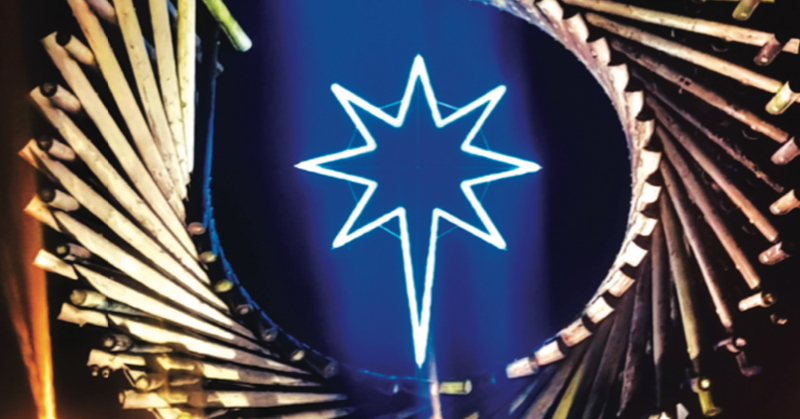 Popular Letterkenny schoolteacher Anne Nicholls has brought a community of musicians and artists together for a special Christmas CD in aid of the homeless.

The CD, titled Christmas Greetings from Letterkenny, features local musicians and pupils of Scoil Mhuire gan Smál and is set to be an ideal gift for Donegal people at home and abroad.

Anne was inspired to create the album after recording her own song Letterkenny Town in October 2018. 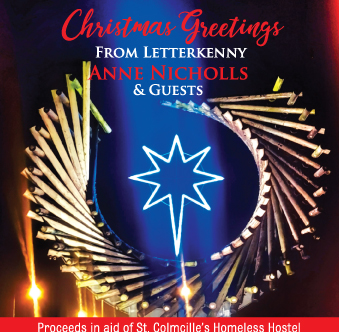 Anne said: “A colleague (Rosie Houston) suggested that I put it on a CD along with some Christmas Music. She wanted something to listen to on Christmas morning and something unique to Letterkenny.”

Creating the ten-track CD has been a ‘labour of love’ for Anne and some tracks contain special personal memories.

She said: “I began putting this CD together a year ago. It has been a labour of love and I am delighted to be able to tick something off my bucket list.

“When my dad Pat passed away suddenly in 2007 it was a great comfort to me to be able to listen to his voice on the various tapes and CD he had featured on. Two of the tracks have been remastered from his recordings.

“I am so grateful to all those who feature on the album. It was a pleasure to work with all of you.

“Huge thanks to those who supplied the photos of Letterkenny for the cover of the CD. Peter Blake, Kieran Kelly and Kevin O’ Malley. Thanks also to Percy Robinson for recording all the songs in his studio in Ramelton.”

All proceeds from the album will be donated to St Colmcille’s Homeless Hostel in Letterkenny.

Anne said: “I am delighted to be able to help homeless people this Christmas. Proceeds of the CD are going to St Colmcille’s Homeless Hostel in Letterkenny run by Ciaran & Mary Maguire.”

Christmas Greetings from Letterkenny will be officially released on Friday 15th November at an event in Arena7 at 7.30pm. Bishop Alan Mc Guckian S.J. will launch the CD and it will be available to buy on the night and in local outlets from Friday.