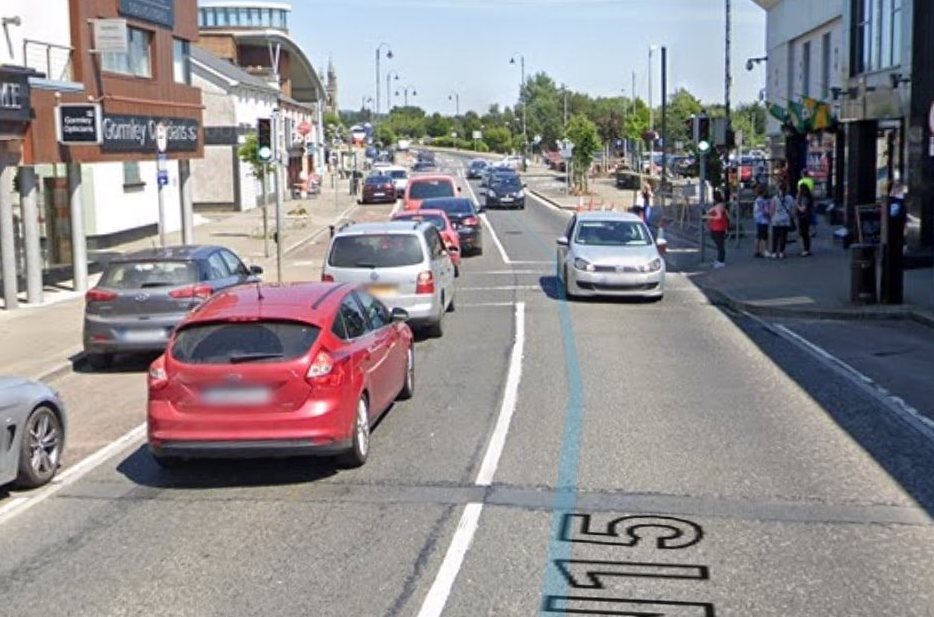 Technical difficulties were affecting a set of traffic lights in the Twin Towns this morning (Thurs) – causing long delays.

It was reported that the traffic lights on the Main Street in the Twin Towns changing to red ‘every minute or so’, causing huge queues.

It is understood that a bin bag has now been placed over the traffic lights.

Traffic is moving slowly in the area and motorist have been advised to drive with caution.

Local County Councillor, Gary Doherty said: “There’s a fault with the traffic lights in front of McElhinney’s at the moment.

“The lights are going red automatically every minute or so which is causing traffic delays.

“I have contacted the Council and it will be fixed as soon as possible.”