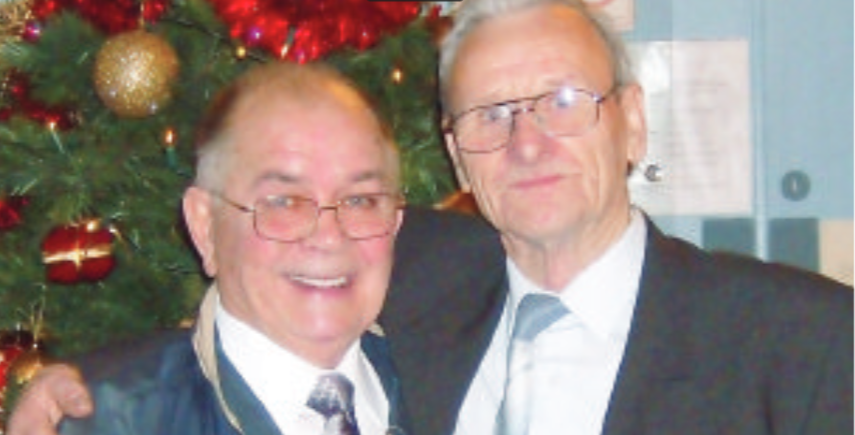 * Following the death of St Johnston man Alphonsus ‘Phonsie’ Brown earlier today, we produce this article, first written in 2012, which charts the night he cycled to Dublin to support Derry boxer Billy ‘Spider’ Kelly in a European title fight

IT WAS a night of mayhem and confusion at Donnybrook Garage and, although it’s more than fifty years ago the sad and frightening memories still remain with old-time boxing fans.

On May 27, 1955, Donnybrook Garage hosted its first European title fight. Derry boxing legend Billy ‘Spider’ Kelly was the holder of the British and Empire crowns.

In the unlikely surroundings at Donnybrook, he faced one of the greatest fighters France ever produced – Ray Famechon.

Referee Barend Bergstroem, the sole arbiter, decided that Famechon had done enough to retain the title.

He awarded six rounds to the defending champion, an unfair three-round total to Kelly, with six rounds even.

The unwelcome result was the signal for a storm of booing that lasted ten minutes. Bedlam broke out. The referee was thumped by an irate fan, who climbed through the ropes and past the security men.

Reporters took cover under the ring, promoter Jack Solomons had a bucket of water tossed around him, the referee received a punch on the jaw while fuming fans surrounded legendary US boxing writer Nat Fleischer, editor of The Ring Magazine seeking his opinion.

He sided with the fans but later revealed he had actually awarded the fight by a narrow margin to the Frenchman. Discretion was the best part of valour and he was not going to risk life and limb with those seething Kelly supporters.

Among the thousands of Kelly supporters in the Dublin venue that night were St Johnston man Phonsie Brown and his cousin Jackie.

The pair cycled all the way from Donegal to the capital.

“I couldn’t box eggs but ‘Spider’ liked to cycle out to Carrigans from Derry to train in a local shed and I used to go and visit him as he trained,” Phonsie recalled.

“I would also cycle as he ran to keep him company as cycling was that bit easier than running.”

That shed at Drumnashear is today the side of the Donegal Meat Processors premises.

In those days, bus depots were among the few buildings large enough for a huge crowd as venues and halls were uncommon. 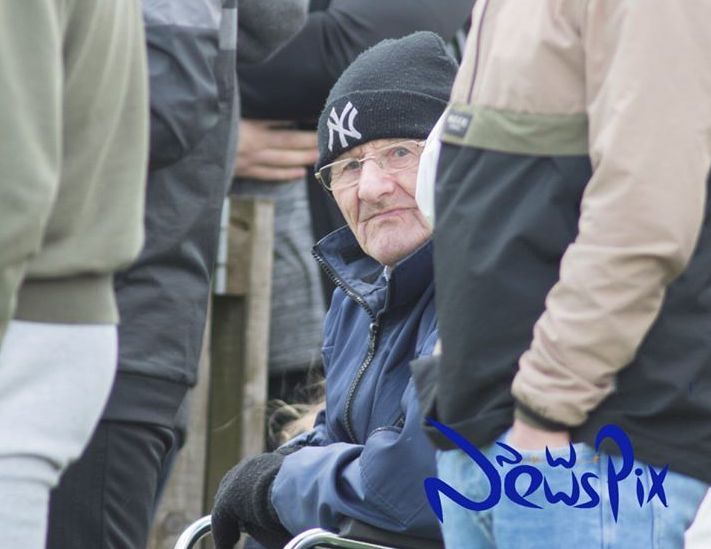 The late Alphonsus ‘Phonsie’ Brown was an ardent supporter of Kildrum Tigers. He is pictured here cheering the Tigers on the day they won the Donegal League in May 2018. Picture by Joe Boland

Phonsie remembered: “We left Carrigans in the middle of the night and the journey took us about eleven hours. There was little or no traffic on the roads in those days and even fewer sign posts.

“We had lamps on the bikes – I borrowed my bike – and we travelled through the night.

“We stayed with a friend in Dublin over night after the fight before cycling home the following day. It was then back to work – gathering spuds – the following morning.”

While Phonsie remembers little about the actual fight he did recall that it was widely felt that Kelly had been ‘robbed’ of the title.

He said: “There are plenty of people cycling today but not too many of them are on bikes like we had back then. I remember that the free wheel gave up on my bike and I had to use what they called a fixed wheel and lift my feet off the pedals when we were going down hill.”

Kelly, who passed away in 2010, came from a renowned boxing family.

His father Jim Spider Kelly won the British featherweight title against Benny Caplan at the King’s Hall in November 1938 losing it eight months later when the ref stopped the bout in the 12th and Johnny Cusick became champion.

But the highlight of his career was in securing a special place in British boxing history, when following in his father Jimmy’s footsteps by winning the British and Empire Featherweight titles. The Kelly’s became the first father-son combination to achieve this special status.

In 2012, Phonsie Brown was invited to present the inaugural Billy ‘Spider’ Kelly Memorial Trophy at the Donegal Boxing Board’s annual awards night at the Halfway House in Burnfoot – and it was presented to Austeja Auciute of Finn Valley AC

Alphonsus ‘Phonsie’ Brown, of 324 Ard Baithin, St Johnston, was predeceased in 2013 by his wife Noelle. He is the beloved father of Dermot, Gertrude, Anthony, Jacqueline, Breege, Bernadette, Paula, Jason and Shane. He is survived by a wide family circle.

His funeral Mass takes place at St Baithin’s Church, St Johnston, on Sunday morning at 11am, with burial in the adjoining cemetery.