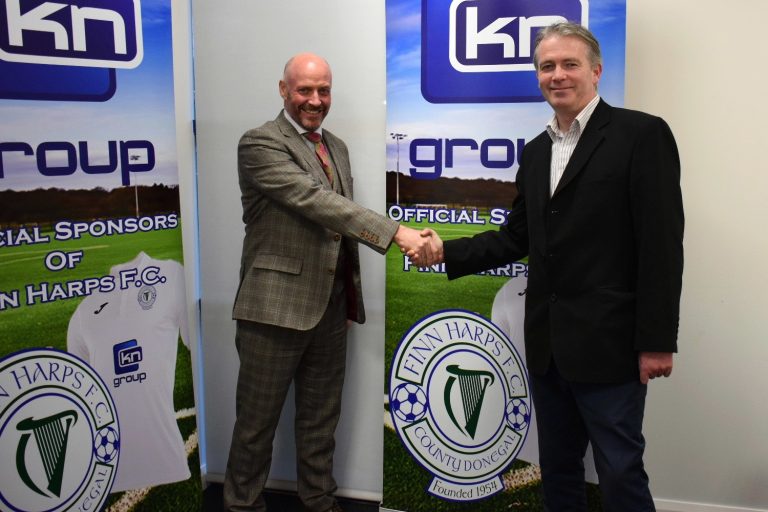 KN Circet to continue as Finn Harps sponsors for 2020 season

FINN Harps have been handed a timely boost with confirmation that KN Circet will remain as the club’s main sponsors for 2020.

KN took over as Harps’ main sponsor two years ago, signing a two-year agreement with the Ballybofey club.

KN Circet recently announced that it is creating 600 new jobs in Ireland, following the company’s launch of its half a million euro training academy in Rathcoole.

“We are very pleased to continue our relationship with Finn Harps into 2020,” KN Circet deputy CEO Donagh Kelly said.

“We have been inspired by the club battling to Premier Division safety, the passion of Harps fans and the hard work of the club’s many volunteers”

KN Circet are leading providers to the telecommunications, transport infrastructure and power sectors in Ireland, UK and internationally.

KN Circet is the result of a 2018 merger between the KN Group, founded by Frosses native Kelly. Circet, a French company, bough KN for €150m in 2018.

“Everyone at Finn Park will be working hard to vindicate their support once again in 2020,” Finn Harps Commercial Officer Aidan Campbell said.

“We are very grateful to Donagh and all the staff at KN for their continued support for senior football in Donegal.

“Since KN came on board two years ago we have enjoyed a promotion season followed by this year’s great battle to retain Premier Division status.”