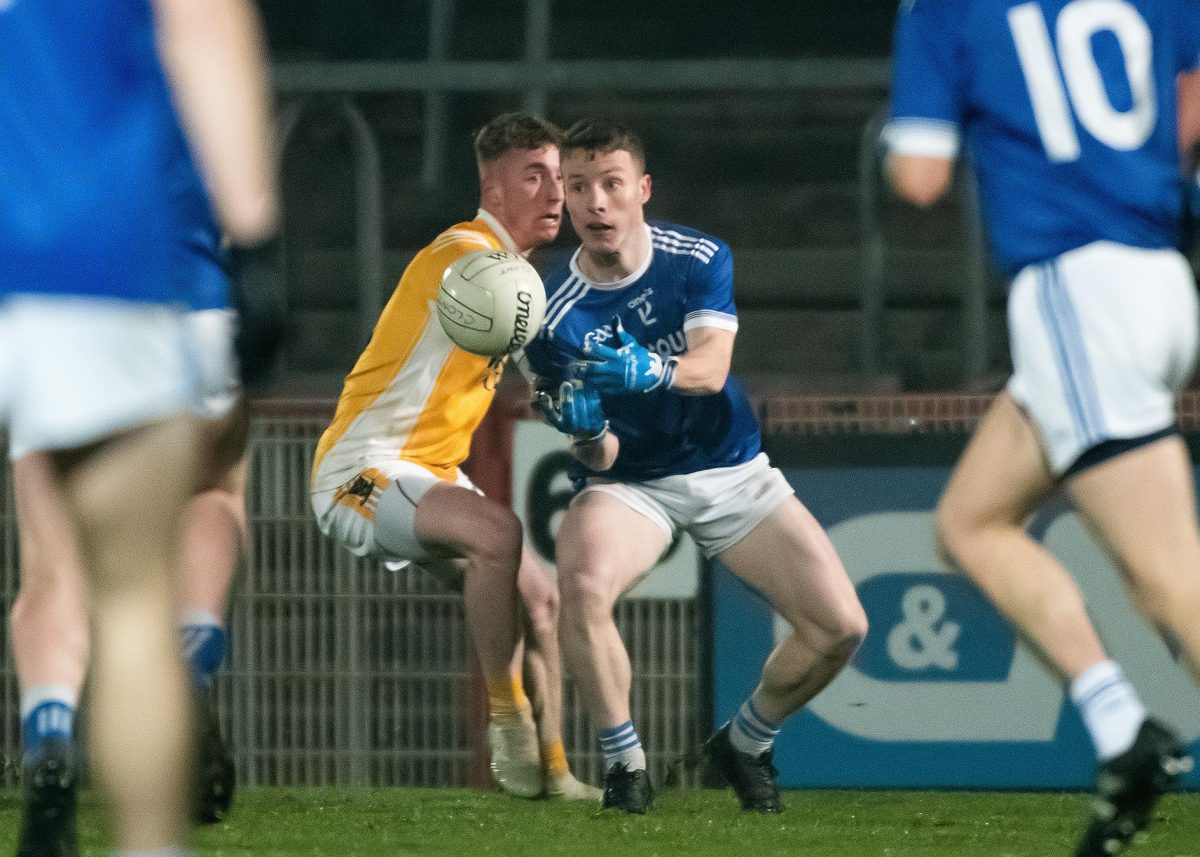 IF THERE’S AN author around Glenties way, there’s a story still being penned by the footballers of Naomh Conaill as their latest chapter saw victory over Clontibret in the Ulster Club SFC semi-final, writes Alan Foley.

Six points from Eoghan McGettigan and an all-round superior performance means Naomh Conaill have the chance to keep the Ulster SFC in the north-west. Tomorrow, Kilcoo from Down and Fermanagh’s Derrygonnelly meet in the second semi-final.

It’s the second time the club from Davy Brennan Memorial Park have reached the provincial showpiece, with the previous occasion being the loss to Crossmaglen Rangers in the coldest of cold winters back in 2010.

Conor McManus was kept to two of his six that weren’t frees and Naomh Conaill conceded just five from play, whilst showing their own offence qualities in the chill of Omagh’s Healy Park.

It was almost an explosive start, as within a minute, Brendan McDyer went right at the Clontibret defence and his shot for goal clipped the base of the post and went wide.

Another man who began on fire was McGettigan. He posted three points from his advanced position inside of the first 10 minutes, two frees and a fine effort from play where he showed his strength to give Conor Boyle the necessary nudge.

With McGettigan getting the nod ahead of the statuesque Kieran Gallagher, you got the impression that the Glenties-based team wouldn’t be overdoing the aerial route. They didn’t.

Conor McManus had levelled for Clontibret. That, though, was merely a brief quelling of the tide as Naomh Conaill continued their excellent start based on strong running and each time they ripped forward there were options everywhere.

McDyer got his score, then Kevin McGettigan popped over a fabulous effort from the shadow of the main stand and Leo McLoone, who ran right at the heart of the Clontibret defence, made it 0-6 to 0-1 in 17 minutes.

Losing AJ Gallagher to a black card was a blow to Naomh Conaill and McManus scored two frees to make it 0-6 to 0-3. Naomh Conaill’s economy wilted towards the end of the first half, kicking four wides in succession.

However, a close-ranger from Eoghan McGettigan just as the clock trickled from black to red did provide a settler and a 0-7 to 0-3 lead at the break.

Martin Regan’s team had come through a marathon series in the Donegal SFC final having eventually overcome last year’s provincial champions Gaoth Dobhair in a second reply thanks to a last minute John O’Malley point.

Less than 96 hours after Ciaran Thompson lifted the Dr Maguire, Naomh Conaill were at Breffni Park where there was a dust-blowing victory over Castlerahan from Cavan. Regan had shown a versatility in team selection, substitutes used and tactical implementation to keep opponents guessing.

Whatever notions about an instant replay in part two were shown in two incidents. Firstly McManus, who was wriggling gamely to create space for a shot was turned over and then, at the other end, Ciaran Thompson scored a peach of a point in his left foot to make it 0-8 to 0-3.

McManus, five minutes into part two, added his fourth point Naomh Conaill would’ve probably taken that, having conceded just once from play in the opening 35 minutes and nobody bar McManus getting their name chalked on the board. Francis Hughes on 38 minutes did score for Clontibret, as did McManus from a free three minutes later, to take their arrears down to two at 0-8 to 0-6.

Ciaran Thompson’s long-range free was splendid and with his teammates willing to put their head on the blocks all over the field – no more so than McLoone – it looked good for Naomh Conaill as things entered the final quarter. Eoghan McGettigan popped over another  precise score to make it 0-10 to 0-6.

Dessie Moan pointed after a McManus effort had been wide when shoulders were shrugged. Naomh Conaill managed to keep Clontibret at arm’s length as Eoghan McGettigan scored his sixth and Ciaran Thompson his third from successive frees for an 0-12 to 0-7 advantage with five to play.

McManus’s free pulled back a point, although with three to go it seemed as though it was more than a point that the Monaghan champions needed. Darragh Hughes, second after coming on, also pointed and it was down to three.

Naomh Conaill, certainly deserving of their lead, just had to be wary of a sucker-punch. Their possession maintenance peeled off most of the three minutes of injury time and when Killian Lavelle lumped a Hail Mary into the square, it was Marty Boyle who answered the Naomh Conaill prayers to batten down the ball.

And that was that. The next chapter will be penned in two weeks’ time. Naomh Conaill probably hope that 2019 will never end.