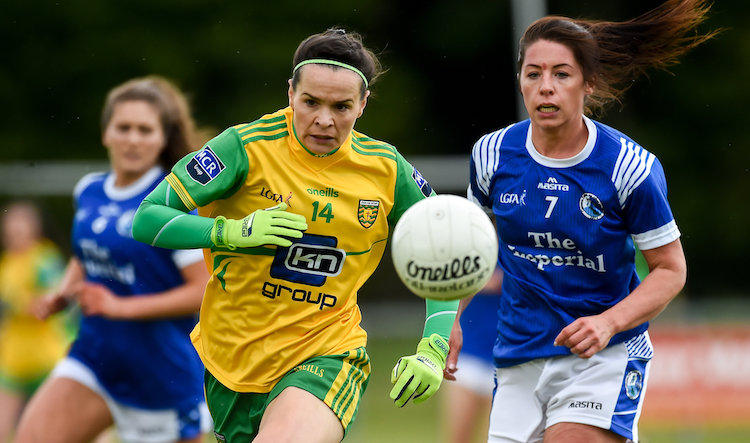 DONEGAL Ladies ace Geraldine McLaughlin has missed out on an All-Star once again.

McLaughlin plundered seven goals and 33 points across Donegal’s five Championship games this year, but a TG4 Ladies All-Star has once more eluded the Termon woman.

The Ladies All-Star awards were presented at a banquet in the City West Hotel, Dublin.

2019 represents the fifth time that McLaughlin has been overlooked without getting a final nod, in spite of being one of the country’s most prolific and consistent markswomen.

McLaughlin’s 2019 haul included a stunning 14 points in Donegal’s 0-24 to 2-13 extra-time win over Cavan in the Ulster semi-final. McLaughlin caught fire that night in Killyclogher to inspire Donegal to an Ulster final berth.

In the final, when Donegal soared to a 5-12 to 1-9 success over Armagh, McLaughlin bagged 2-4 – the same total she scored in the opening win over Tyrone.

In the All-Ireland group phase, although Donegal lost against Tyrone and Mayo, the Termon ace scored 2-5 and 1-6 in those games.

Despite being Ulster champions for the third year in a row in 2019, Donegal had no players in the 15 – McLaughlin was the sole nominee from the county.

Four players from Galway were chosen, two from Cork and one each for Mayo and Meath.