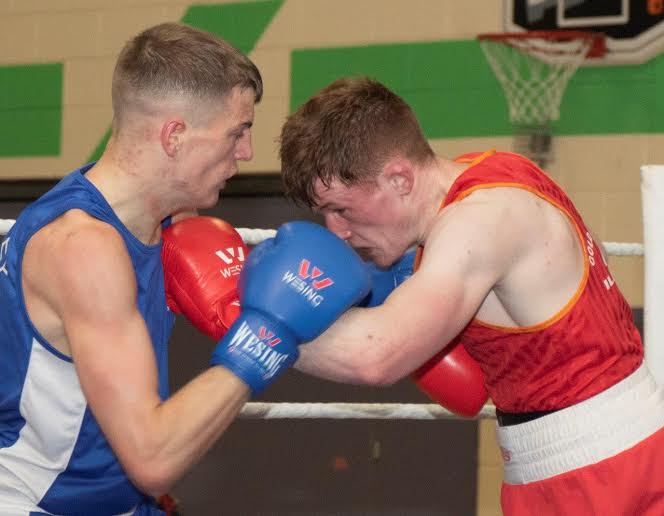 The air outside was thin, but the flames burned bright inside the sports hall as 14 contests had the capacity audience on the edge of their seats.

The temperature was plummeting, but the mercury between the ropes rose as the night gathered pace.

Meetings have become a regular part of the calendar now and Brennan honoured Peter O’Donnell, the Raphoe ABC President, who celebrated his 70th birthday earlier in the week, while he also made a presentation to Donegal County Council. 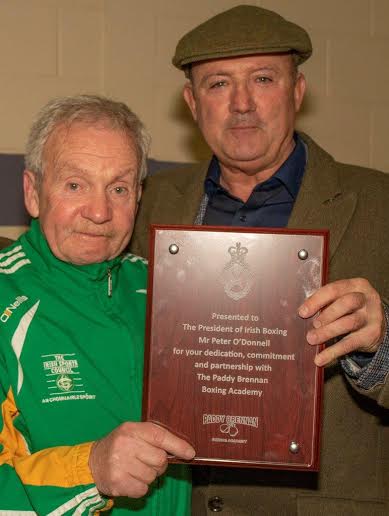 Strabane light-welterweight Daire Feeney gave Raphoe ABC an excellent win over their English counterparts. The Strabane man was already firmly on his way to victory over Demetrius Aceto when he gave the Worchester man a count late in the third stanza for good measure.

Raphoe’s Ulster 9 County Champion Liam McMonagle defeated Clonmany’s Adam McDaid on a 4-1 split decision. The Lifford native could perhaps could himself a tad unfortunate that he didn’t take a unanimous decision.

McMonagle was caught by an early left from McDaid, but in a rugged scrap the local fighter held sway with some stinging blows. 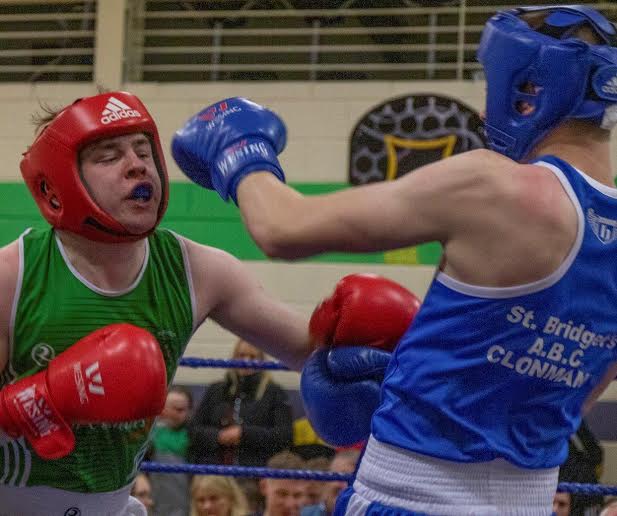 Raphoe ABC debutant Francie McGinley was given a unanimous verdict from his cagey contest against Ankush Goswami. It was a contest that never really sparked to life, but McGinley did enough in the pocket to get the nod against the Londoner.

There was no joy for Daniel Duggan as the Raphoe ABC man lost to England’s Jesse Brandon in the penultimate bout of the night. 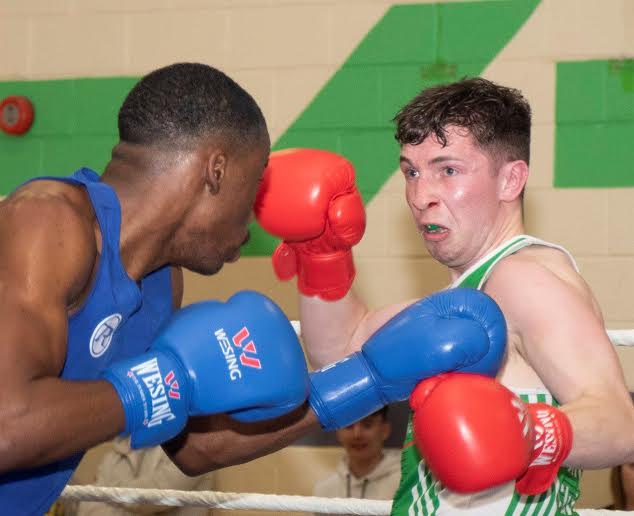 McConigley ended well in the first and had a good second round, particularly in the midway stages.

By the third, McConigley had begun to take the lead and the bout ended with a fierce right by the Illies man as Bannister rocked. 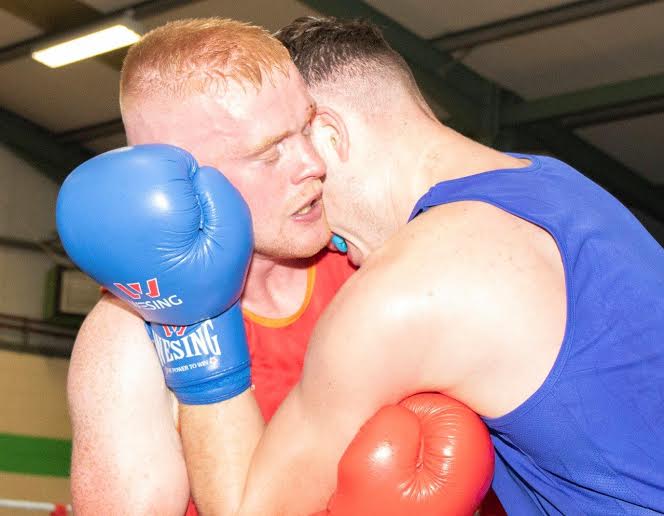 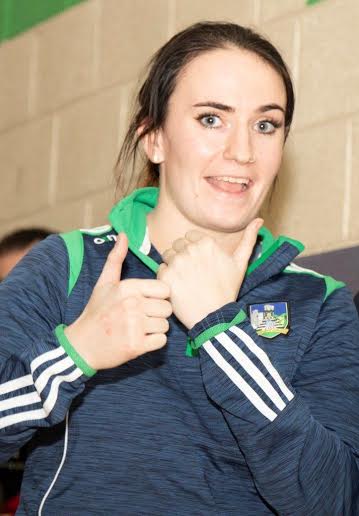 Cahir Donaghey of Clonmany overcame Raphoe’s Kyle McHugh in a cracking Boy 3 contest, while Ryan Jones began the night on a winning note for the English team, the Tenbury schoolboy claiming a unanimous decision win over Clonmany’s Kyle McGonigle in the opening bout and was awarded the visiting boxer of the night gong. 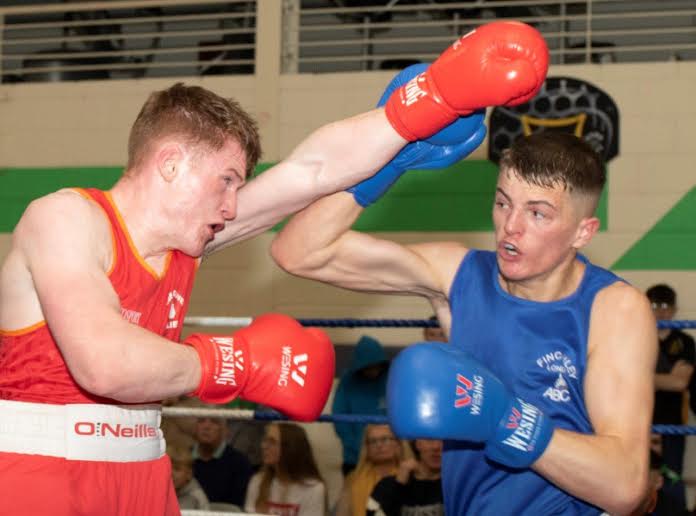 Ryley Doherty impressed as he crunched his way to a 4-1 split decision win over Peadar Coyle from Dunfanaghy in a Boy 3 bout matched at 46kgs. Doherty began how he meant to go on in a fire-cracking fight.

Doherty caught the eye with a quick-fire series of combinations in the opening round and, although Coyle did grow his way into the bout, Doherty – energised by the big crowd – maintained the levels to the final bell. Doherty was later named as the best home boxer of the night.

McDaid imposed his worth on the bout from the off and his was an excellent display of ring craft.

Anton Esson wasted no time in ending the night of stand-in opponent Bernard McGovern. The slick and skilful Esson had McGovern on the canvas twice inside of 30 seconds. The fight was stopped and Esson slipped out of the ring as neatly as he’d eased through the rapid fight.

Patrick Morgan overcame Finbar Donaghy from Carrickmore via a unanimous decision and Cookstown’s Charles McDonagh was twice given a count by lively Englishman James Scarrot before referee Thomas McCarron called a halt in the third.