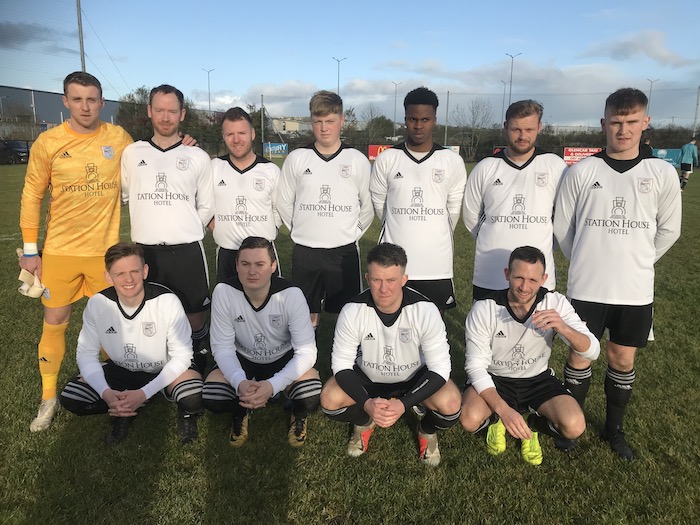 USL – All square as ten-man Rovers draw with Harps

TEN-MAN Letterkenny Rovers and Finn Harps Reserves shared the spoils in a 2-2 draw at Leckview Park on Sunday afternoon.

All the goals came in the opening 24 minutes of a topsy turvy encounter while the hosts played almost the entire second half a man down after Conor Gormley was shown a straight red card for a challenge just outside his own penalty area.

In the end, Rovers manager Eamonn McConigley will view it as a decent point against an energetic Harps outfit and although the result maintains their unbeaten start to the league campaign, they already trail the early pacesetters Cockhill Celtic by four points after three games.

Indeed, Rovers thought they may well have won the game with fifteen minutes remaining only for BJ Banda to have his header controversially ruled out for offside.

Harps were quickly out of the blocks and sliced open the Rovers defence after just two minutes when Luke Rudden raced clear and with a cultured finish found the back of the net beyond goalkeeper Rory Kelly.

Rovers responded in quick fashion. Ryan Lonergan and Jonny Bonner were both involved in the build-up for Matt Harkin to drill home an equaliser from just inside the penalty area.

The home side then hit the front midway through the first half with an emphatic finish from Gary Merritt to open his account for the club. 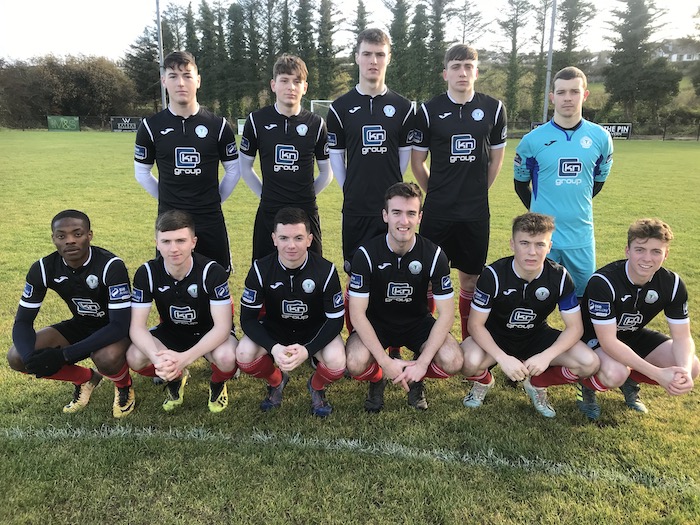 But the lead was short lived. With 90 seconds, Rovers were caught napping at the back again and Rudden pounced to restore parity in front of the sizeable crowd at the Letterkenny venue.

Rovers were forced into a re-shuffle early in the second half following Gormley’s red card and the hosts did have to absorb a strong spell of Harps pressure with Rory Kelly showing excellent reflexes to keep Rudden and Corey McBride at bay.

But in the closing quarter of the game, it was Rovers who finished the stronger.

Jonny Bonner raced through the Harps rearguard only to see his chipped effort over ‘keeper Eoin McGing rebound off the crossbar and Banda’s follow-up header into the net was ruled out much to the dismay of the Rovers bench.

Substitute Jack Dwyer provided some spark for Rovers late on as Merritt saw a fine strike tipped over the bar by McGing who also did well to save from Bonner late on.