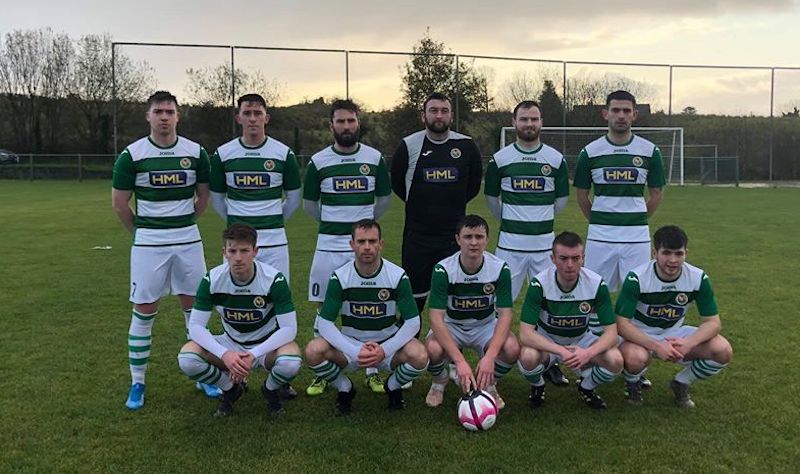 Duffy pounced to break the deadlock in style to give Gavin Cullen’s team a win that means they’ve won three-from-three in the defence of their title.

Duffy, younger brother of Dundalk attacker Michael, was picked out by a superb long-range pass from Ronan Doherty. Duffy seized possession ahead of Jamie Lynagh. Stepping inside to work a chance, Duffy beautifully curled a low right-footed shot from 20 yards past the reach of Eugene Ferry to the bottom corner.

Cockhill had enjoyed the better of things without managing to breach Ferry’s rearguard until that moment.

Bonagee had won 3-0 at the Charlie O’Donnell Sports Grounds in a League Cup encounter earlier in the season, but Cockhill’s halted the march of Jason Gibson’s team here.

Bonagee were without the suspended Sean Hume and Jordan Armstrong, while Dan O’Donnell was unavailable. Bonagee hung in the game, but their resistance was broken by Duffy just when it seemed as if they might have held onto their lot.

Cathal Farren called Ferry into action after just two minutes, but his low drive was held by the visiting goalkeeper.

Player-manager Cullen did well to turn away a powerful effort by Darren McFadden and he held onto a teaser from Ryan Rainey after Emmet Friel made the incision. 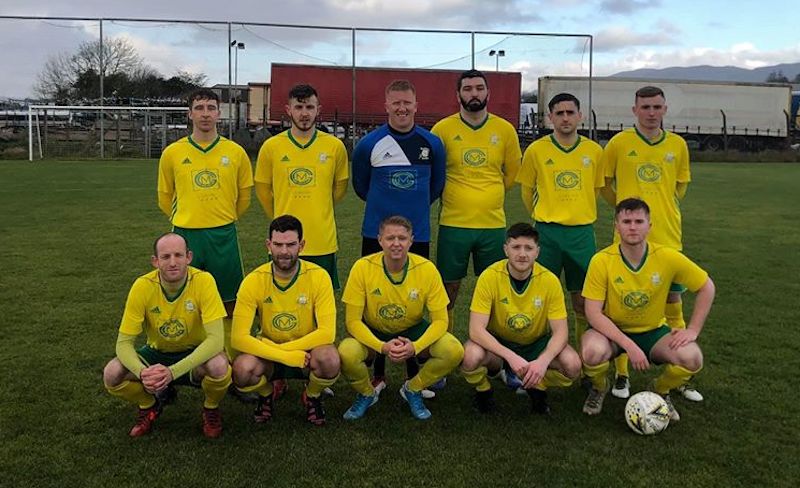 Duffy tested Ferry after the half-hour but, again, the Bonagee net minder made a routine save.

Late in the half, Farren sailed over from a free kick.

Cockhill – still without Laurence Toland, Malachy McDermott and and Lee McColgan – began the second half with a real purpose and it took a fine full-length save by Ferry to turn away a Duffy free-kick that took a defection off the wall.

From the resulting corner, Jimmy Bradley’s shot was blocked and Oisin McColgan’s follow-up was wide.

Cockhill, though, were in the mood now and Duffy shot over from a free after Mark Harkin fouled Bradley when the Cockhill captain brilliantly spun in a claustrophobic gathering in the ‘D’ to find a pocket of space.

Duffy raised the roof when he bagged what proved the only goal of the game in the 79th minute.

Bonagee, as has been their wont this season, came with a late surge, but Peter Carr was denied by the out-rushing Cullen. Carr, on as a substitute, had another chance when knocked clear by Chris Breen, but Cullen got down well to save and Cockhill earned a valuable win – their second 1-0 success in a row.