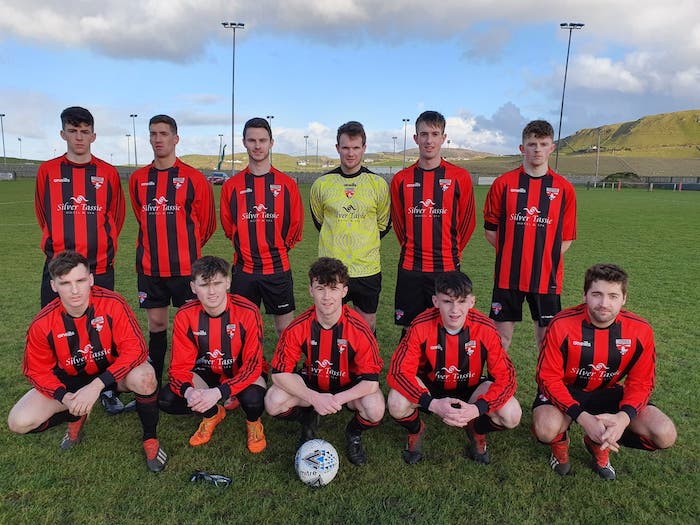 Fanad attacked from the start and created a number of chances early on.

On 10 minutes Dean McCarry’s lovely flick was met by Matthew McLaughlin in the box but he rolled his shot wide of the post.

In the 23rd minutes some god play down the left from Conor Duggan and Edward O’Reilly seen the latter set up Keelin McElwaine in the box but he fired high over the bar when well placed.

Then in the 27th minute a Matthew McLaughlin corner caused havoc in the box and Peter Curran seen his shot blocked on the line by Jack Parke.

Fanad were left to rue their missed chances when Derry took the lead on the half hour mark. After Patrick Coyle seen his shot palmed out by Shaun Black, the ball fell to Matty Walker on the edge of the box and he fired in a superb half volley into the top corner.

Five minutes before the break Shaun Black produced a good save to deny Evan McLaughlin from a free kick.

Fanad started the second half in the same vein having most of the possession. 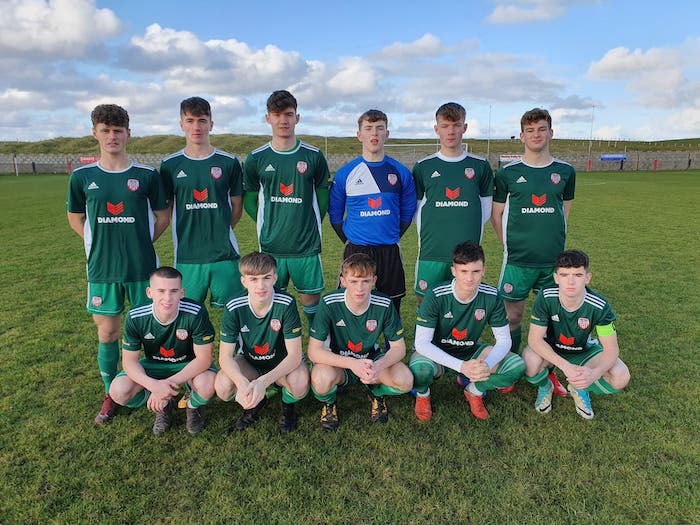 They looked certain to gain an equaliser on the hour mark when Keelin McElwaine controlled a Paul Bradley cross in the box but his rasping shot was saved brilliantly by Oisin Gibson the the Derry goals.

With 15 minutes to go a flowing move up the pitch seen the ball fall to Derry substitute Adam Curran who curled his shot against the post and the ball was cleared for a goal kick.

It was from this goal kick that Fanad got a deserved equaliser. Dean McCarry latched on to the kick out and held off the attention of two defenders before producing a fine finish into the bottom corner.

Fanad pushed for a winner after that but just couldn’t find their way past the Derry rearguard.