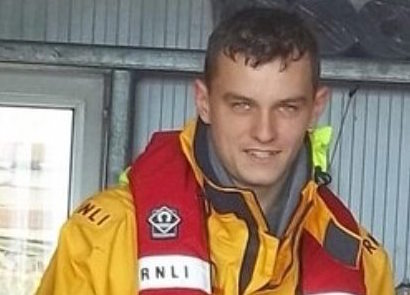 Cathaoirleach of Donegal County Council Cllr. Nicholas Crossan has offered his deepest condolences to the family and friends of the late Lee Early of Arranmore Island.

Lee, aged 26, lost his life as a result of a tragic accident at the pier at Poolawaddy on Arranmore on Sunday morning. A passenger in the car, a man in his 30s, managed to escape from the car and was unhurt.

The death of Lee, who was also a volunteer with the local RNLI lifeboat crew, has rocked the tight-knit island community.

Speaking today, Cllr Nicholas Crossan said: “I offer my heartfelt condolences to the family and friends of Leigh Early and of course to the local RNLI which Leigh was a volunteer with.

“It is such a tragedy for Leigh’s family and for the entire community of Árainn Mhór.  I have no doubt that the people of Árainn Mhór will come together to support and comfort the Early family at this very difficult time.

Tributes continue to flow in for Lee, who is survived by his dad Jimmy, mum Noreen, brother Adam and sisters Rachel and Laura.

A post mortem is due to be carried today at Letterkenny University Hospital to determine an official cause of death.

His funeral details have yet to be announced.