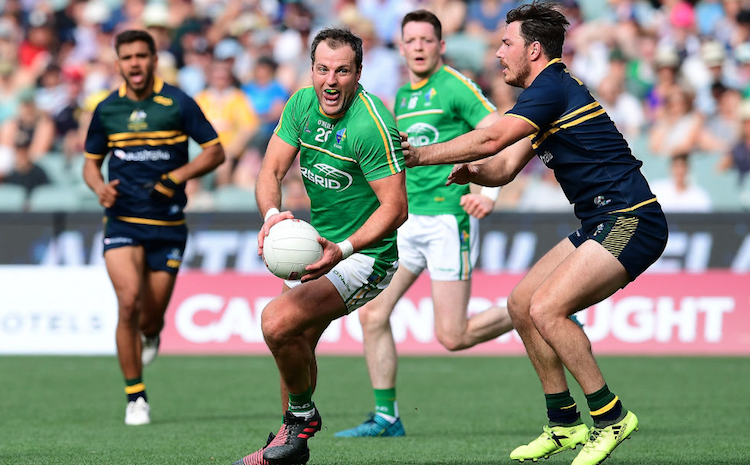 The AFL and the GAA have today confirmed that two, two-test International Rules Series will be played in both Ireland and Australia.

The provisional dates for next year’s games are Sunday November 15 and Saturday November 21 and venues and match arrangements will be confirmed in due course.

The IRS matches will be the first played since Australia reclaimed the Cormac McAnallen Trophy after matches in Adelaide and Perth in 2017.

The AFL also confirmed the Australian team will again conduct a training camp in New York prior to the matches in Ireland.

GAA Director General Tom Ryan said: “We are pleased to announce the return of the International Rules Series in 2020 and look forward to re-connecting with our friends and colleagues in the AFL, both on and off the field.

“The series offers our players the chance to wear the green jersey and represent Ireland and it also provides them with an opportunity to pit themselves against the best from another code while showcasing the best skills of Gaelic football.”

“We want to take the best of the best to the two-Test series in Ireland next year and our All-Australian players will be the first players selected,” he said.

“The IRS tests allows players from both codes the only opportunity to represent their countries and have traditionally been great contests that have showcased their athleticism.

“We saw in 2017 two high standard matches that drew great attendances. I look forward to the rivalry continuing when the test series returns next year.”