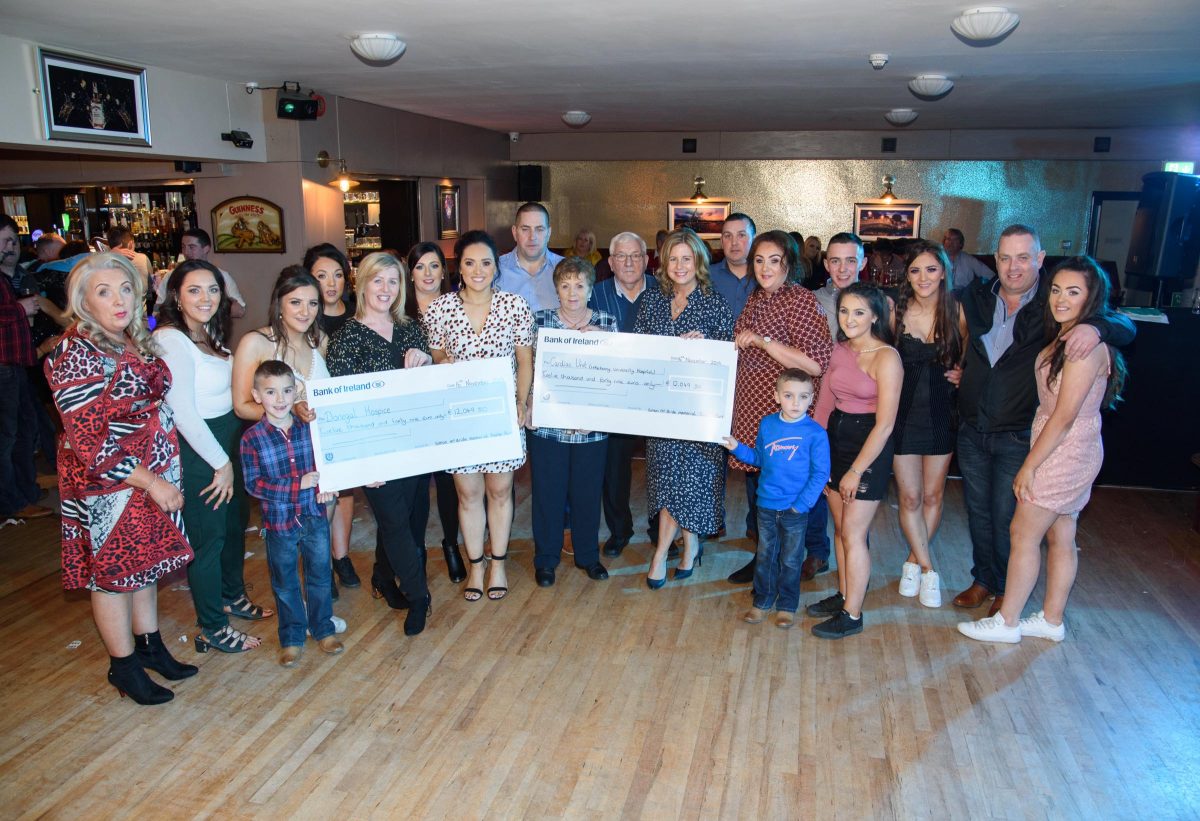 The Simon McBride Memorial Tractor Run has raised a fantastic €24,099 in aid of the Donegal Hospice and Cardiac Unit Letterkenny University Hospital, it was revealed this weekend.

The charity event took place in Raphoe in September, with large crowds turning out to support the cause in memory of a much-loved local man.

Simon, who has been described as a big character and someone who lived their life to the fullest, passed away suddenly late last year aged 47. His family and friends came together this year to do something special in his memory.

The Tractor Run was hailed as a great success and a presentation dance and raffle took place in Biddy Friel’s on Saturday night before the final total was revealed.

There were great celebrations when it emerged that both the Donegal Hospice and Cardiac Unit Letterkenny University Hospital would benefit from cheques of over €12,000 each.

Well done to all involved and all who supported the fundraisers.