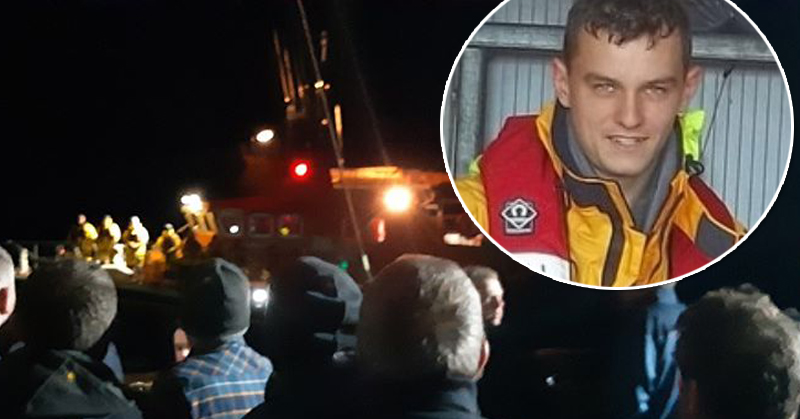 Lee, who was 26 years old, was taken on his final sailing after tragically losing his life on Sunday. The popular islander died after his car slipped off the pier at Poolawaddy on Arranmore in the early hours of Sunday morning.

Lee’s body was escorted home by the Arranmore RNLI crew as they led two ferries from Burtonport this evening.

As the former ferry skipper and a volunteer with the local RNLI, Lee carried out a vital role in his community.

A touching tribute from the Arranmore RNLI described how he will be sadly missed: “He was a proud Lifeboatman, a skilled Skipper and a much loved friend to us all, he will be greatly missed by the whole community.”

“The Arranmore Community & diaspora, along with the RNLI and wider SAR community will stand with the Early family at this difficult time. Ar dhéis Dé go mbeidh a anam dilís.”

A book of condolence has been opened at The Arranmore Community Centre.

Lee’s funeral Mass will take place on Wednesday the 20th November at 12.00pm in St. Crones Church with burial afterwards at the adjoining graveyard.

Lee is survived by his dad Jimmy, mum Noreen, brother Adam and sisters Rachel and Laura.