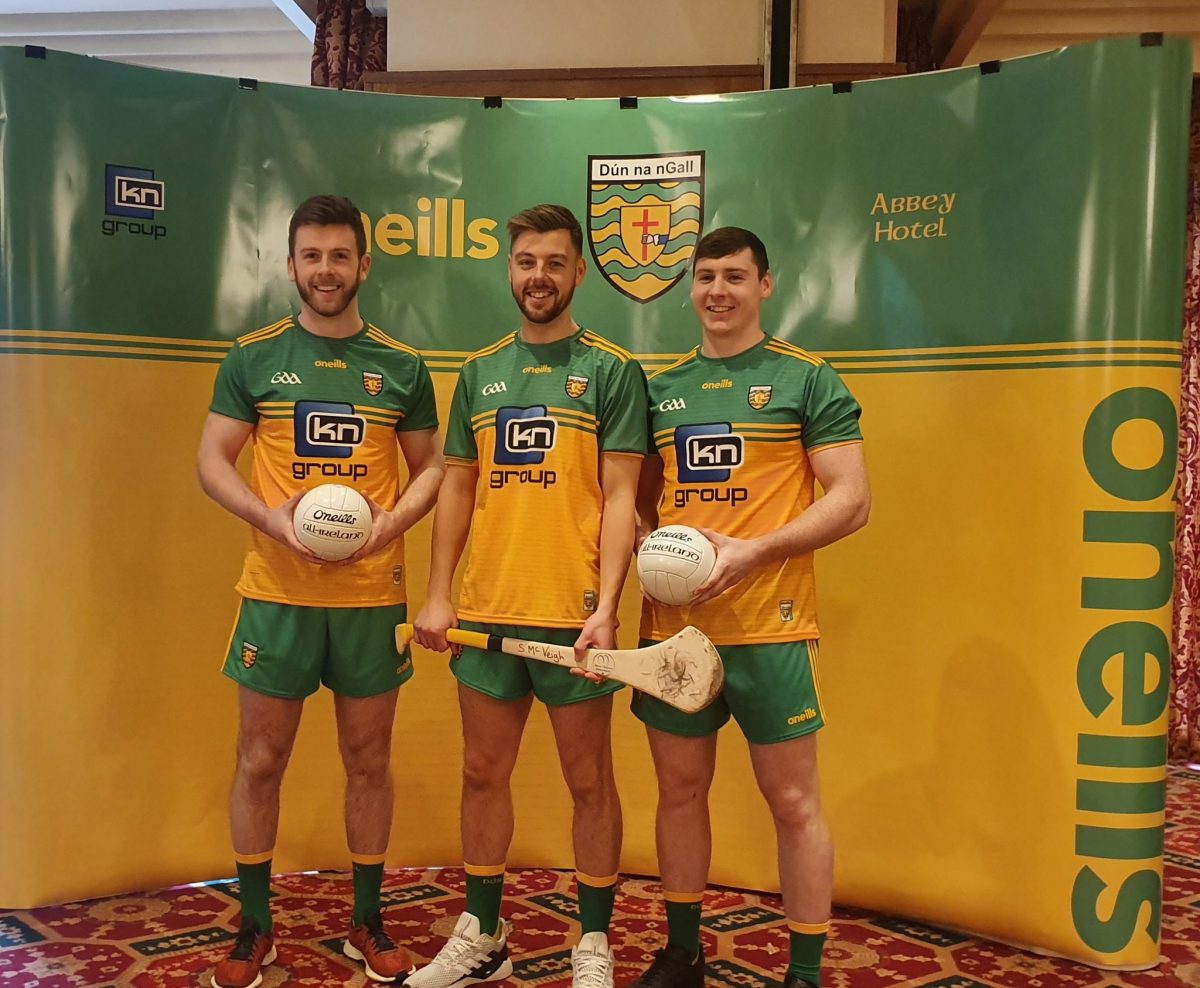 The new kit has been released just in time for the Christmas market and ahead of the 2020 campaign.

Donegal’s teams will wear the new jersey for the next two years and will again be manufactured by O’Neill’s Sportswear, who returned as the kit supplier in 2014.

“Donegal football is in a very good place,” Bonner said.

“We’re trying to compete with the top teams and it all takes money. The house draw will be huge for us and we’re looking forward to getting the keys turned for the Centre of Excellence.

“As regards the new jersey, our association with O’Neill’s has been great. It’s a winning formula.”

“We consulted a lot of people here, from nine-year-old spectators to people a lot older. Players, managers and past players were spoken to.

“We sounded out a lot of people and brought the ideas back to the design team at O’Neills in Strabane. They worked out the final product and have come out with a very marketable product.”

The jerseys will again be emblazoned with the logo of main sponsors KN Group and tier 2 sponsors, Abbey Hotel.

“The brand is very important to us,” Raymond Kelly, Group Services Director with KN Group, said.

“We want people to be familiar with the brand and have trust in it. Mick and Donagh (Kelly, deputy CEO of KN Circet) met and agreed a five-year deal. It’s been going very well.”

Danny O’Donnell of the Abbey Hotel said: “It’s always exciting to be involved in something new. Hopefully this will inspire success for Donegal – we are delighted to be involved.”

O’Neill’s Sportswear’s Kieran Kennedy said: “We’re looking forward to working together in 2020. O’Neill’s have a tradition of employing skilled personnel from across the north-west and we are embedded in this area. We have 736 people employed in Strabane and 950 on the island of Ireland. Our motto is to think global and employ local.”