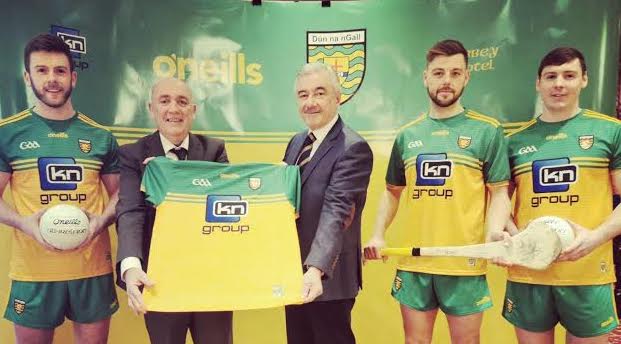 EVEN with the temperatures plummeting, Jamie Brennan already finds himself eyeing up the new season.

The closed season seems to be shortening. Donegal will begin ‘next year’ before the page of the calendar turns with the McKenna Cup to begin in late December.

Bundoran forward Brennan speaks with a buzz even now at the prospect of a new season.

“When it comes to it, you want to be on for every minute,” Brennan told Donegal Daily/Donegal Sport Hub at the launch of the new Donegal jersey at the Abbey Hotel.

“Even in the McKenna Cup, you want to get out there and express yourself.

Brennan was nominated for a GAA/GPA All-Star in 2019, but admits that he was disappointed with his Super 8 performances after some scintillating displays as Donegal retained their Ulster title.

Brennan said: “I have standards that I set for myself. I didn’t reach them in the Super 8s. Everything was going well in Ulster, but I didn’t carry that on. I have to reflect on that and build to become a better player in 2020.”