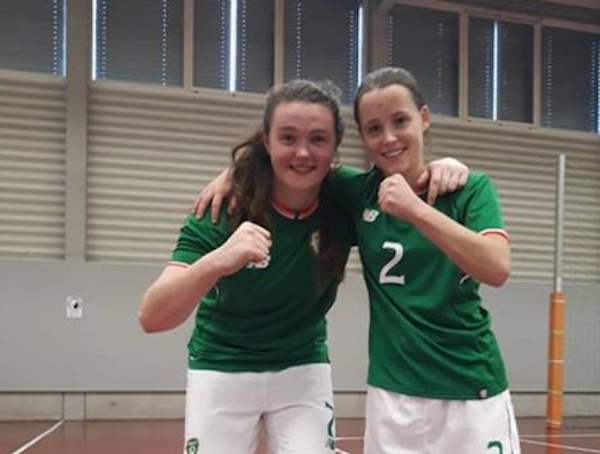 Catherine Grier on target for Ireland at World Championships

RAMELTON’S Catherine Grier was part of the Irish Deaf Women’s Futsal team who were placed ninth in the recent World Deaf Futsal Championship in Winterthur, Switzerland

It was Ireland’s first appearance at this level and Grier scored three vital goals for Ireland in the tournament.

Ireland were drawn against three strong teams known as the death group and in their opening game they were unlucky to lose to Russia 3-2 on a last minute goal.

They suffered a 7-3 defeat by a very strong German team.  In the last group game Ireland came back from 4-1 in arrears to draw 4-4 with Spain.

That elusive winner which would have put Ireland through to the quarter-finals, never came despite all their efforts.

Ireland then faced Switzerland and finished on a high by beating them by 13-1, the country’s highest-scoring match ever. In the last game for Ireland they faced Finland and won 6-3.

The hugely impressive Brazil won the World Deaf Futsal Women’s Champions after beating European champions Poland by 4-0 in final.  Grier picked up player of the match for an impressive performance against Spain and she is also ranked 10th in the world at goal scoring.

Pictured are Catherine Grier and Kirsty Kelly Mayo after their impressive 13-1 victory over hosts Switzerland.