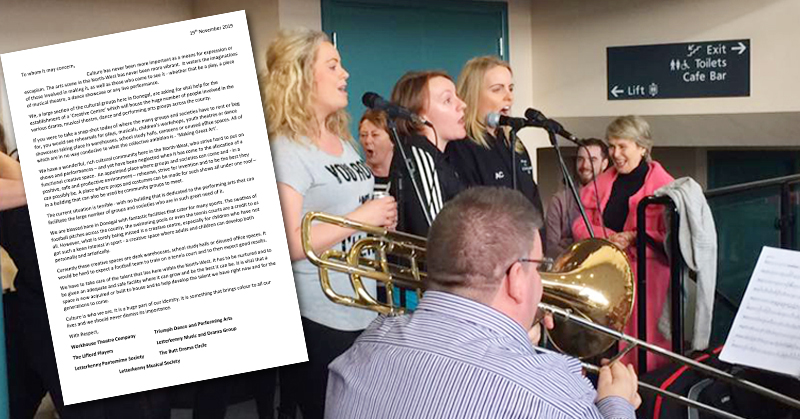 Drama behind the scenes as theatre groups call for rehearsal space

A collective of drama and performing arts groups from across the county have launched a campaign to secure dedicated space for rehearsals and prop-building.

The #GiveUsSpace campaign was launched today with an open letter, which puts the dire situation faced by arts groups in the spotlight.

Seven of Donegal’s largest and most successful drama and musical theatre ensembles say that finding a place to practice is the greatest challenge they face in a production.

For others, the cold, unsuitable places where they are forced to rehearse has given rise to health and safety issues or put entire plays at risk of being cancelled.

“The current situation is terrible – with no building that is dedicated to the performing arts that can facilitate the large number of groups and societies who are in such great need of it,” the letter says.

“We are blessed here in Donegal with fantastic facilities that cater for many sports.

“However, what is sorely being missed is a place, especially for children who have not got such a keen interest in sport, where children and adults can develop both personally and artistically.

“Currently these artistic spaces are cold, dank warehouses or school study halls. It would be hard to expect a football team to train on a tennis court and to then expect good results.” 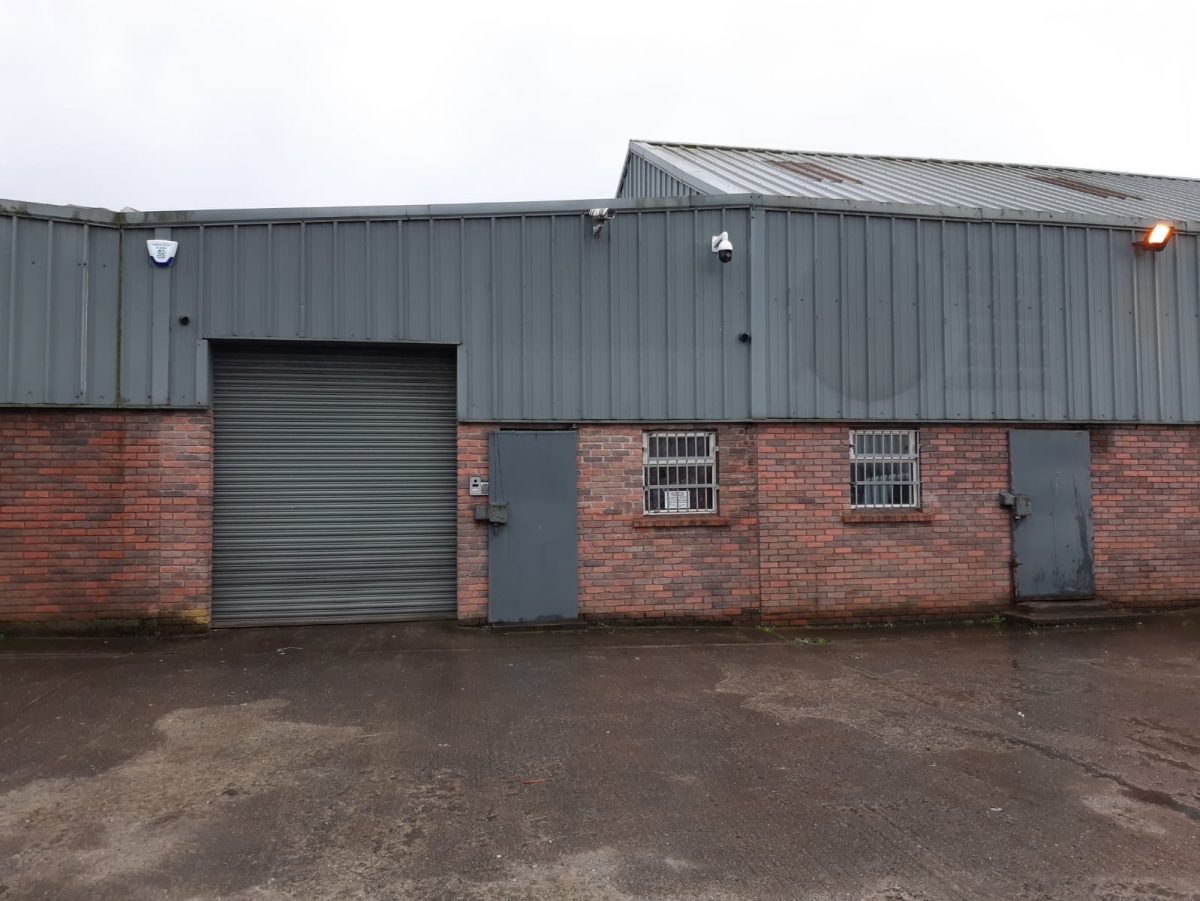 The groups are united in their call for something they say Donegal has never had before – a safe and suitable centre for groups to create good productions and to give audiences the best possible experience.

“We meet for rehearsals in my living room in St. Johnston,” says Ed Flanagan of the Lifford Players Drama Group. “It’s not big enough. My garage is what we use for props and it’s pretty cramped as well. Unless a group has its own theatre, there’s nowhere for them.”

The Lifford Players’ last production entertained over 1,000 people and Ed is keen to point out the high standard of productions that are self-funded and performed on a voluntary basis.

“Bringing theatre to the masses cannot be underplayed,” he says, “it’s big for tourism, it’s big for local people and for families.” 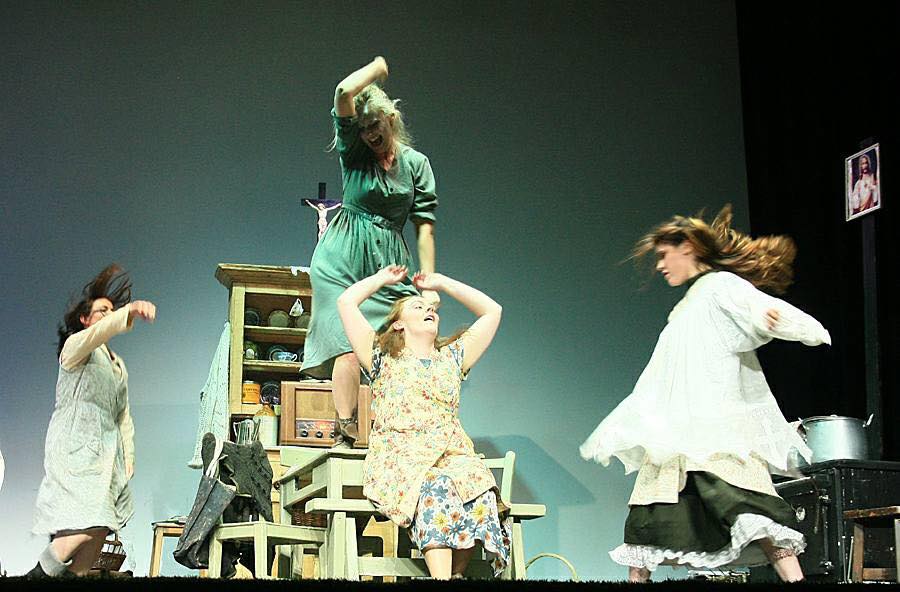 The Lifford Players perform Dancing at Lughnasa in 2018

The ideal creative centre for such groups would contain two rooms and a workshop for building props. Warmth, suitable flooring and tea-making facilities are just some of the features which the groups dream of having.

At other times, basic facilities such as toilets have been unavailable for groups who have only had access to warehouses in the past.

Iarla McGowan, Director of Workhouse Theatre Company, who is leading the #GiveUsSpace campaign, says he has experienced some very unsuitable practice spaces in recent years. 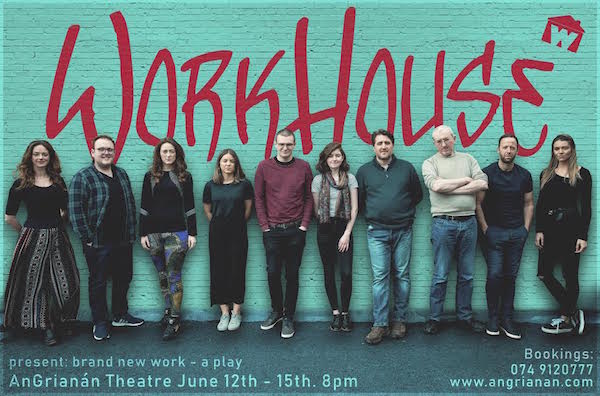 “You’re meeting in a leaky warehouse that is noisy, cold and there could be a shaky set in the back of the room ready to tip. People have to get in their cars and drive into the town to go to the toilet.

“Our arts scene is excellent, but what goes on behind the scenes is messy and unsafe.

“You have all these great groups in Donegal who have been pulled out by the generosity of businesspeople.

“The lack of rehearsal space nearly jeopardised our last Workhouse show. It was only at the 11th hour we managed to find a space in a yoga studio to practice – and this was largely down to the kindness of a (then) stranger who could see what we were trying to achieve and believed in it,” Iarla says. 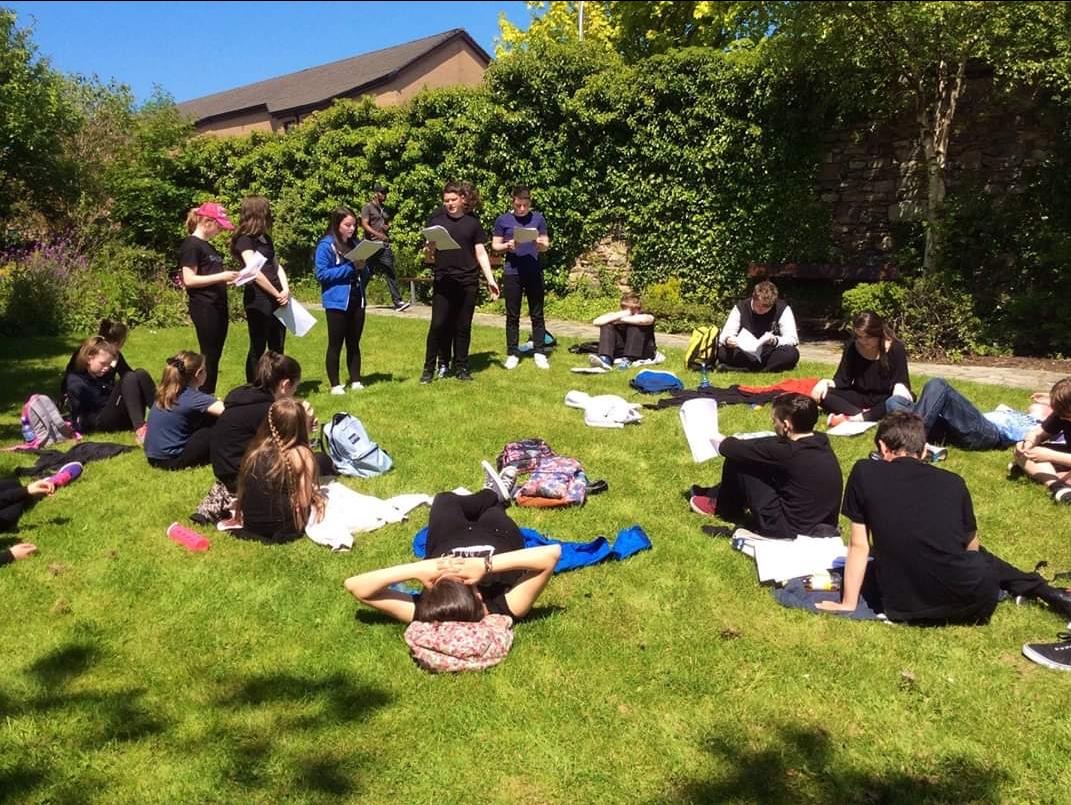 The Letterkenny Pantomime Society will be marking its 70th anniversary in 2020. Over the decades they have rehearsed in pubs, hotels, the church, football clubs and schools.

“It’s always a struggle to get space,” says Patrick Doherty from the Pantomime Society. Their upcoming play, Cinderella, will have a cast of almost 200. The age range varies from as young as four to cast members in their eighties.

“At the minute the small kids are out at Illistrin NS. They are very good to give us the place but a big cold hall and it’s not ideal,” Patrick says. “Sports clubs have their facilities, but we were out making our props in an old shed at St. Conal’s, during the winter with the rain coming in.”

The Letterkenny Music and Drama Group come against the same problems when they go to build a set.

Pluincead Ferry says, “Every year we are begging people to give us room. I’ve been in shows since 1984 and we are so lucky in that we have the Convent for our practices. But we have been all around the town for set space and it’s an awful nuisance.” 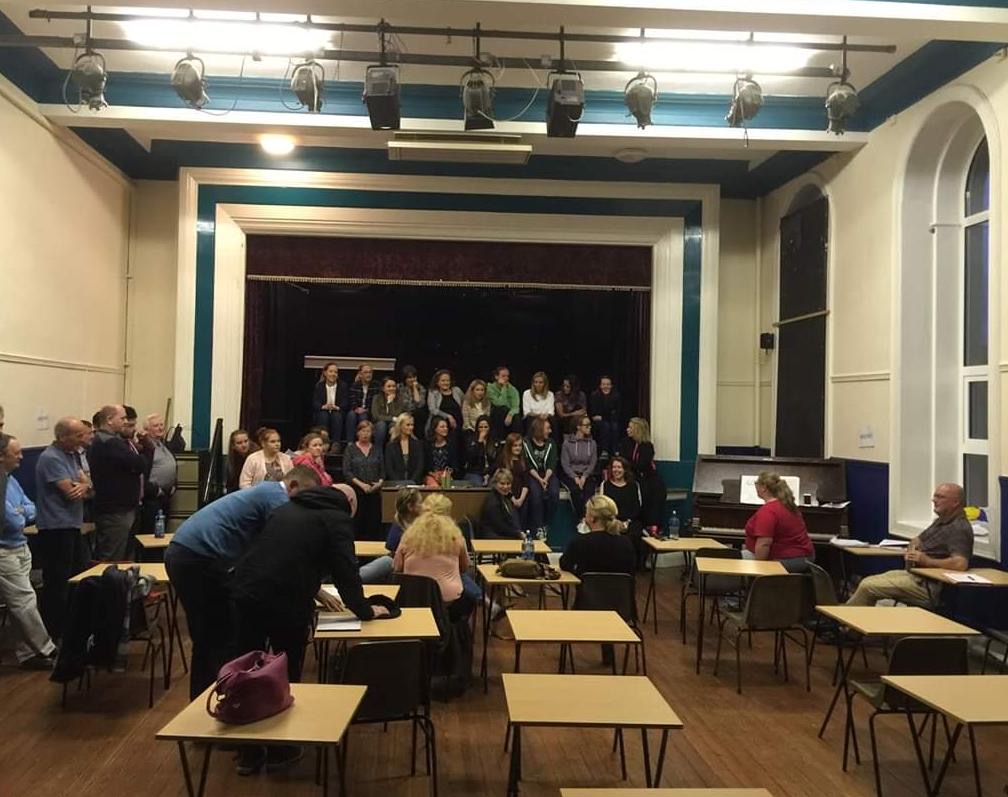 The #GiveUsSpace open letter is being circulated to local politicians and Donegal County Council today. The letter says that drama, musical theatre, dance and performing arts groups have been neglected when it comes to the allocation of facilities.

Iarla says: ” People think there is ample space around Letterkenny but this is not the case.

“People might ask ‘why not use the theatre or the arts centres?’ But the answer to this is that there is no adequate or conducive places to rehearse within them – especially for casts over a certain number. This is a familiar pattern across the county.

“We have great buildings to perform in but nowhere suitable for the actual making of these productions which might take a year to workshop, practice and build before it comes to showtime.

“It really has got to the point where a large rehearsal space, a prop building area and a set store is made available for the growing number of groups and all under one roof.

“Why? so shows can be made safely and that those involved can be the best they possibly can be.” 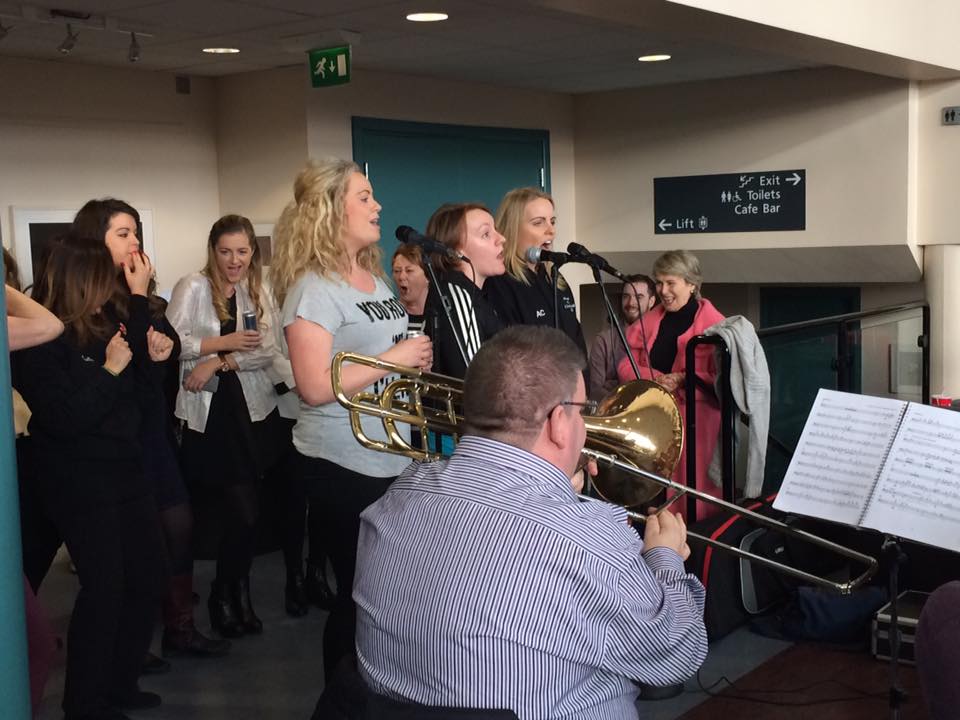 Andrea Emmett, founder of TRIUMPH Performing Arts, adds that a shared creative hub would enable groups to collaborate more and be more supportive of each other.

Andrea has been teaching dance at TRIUMPH for three years from the Aura Leisure Centre. 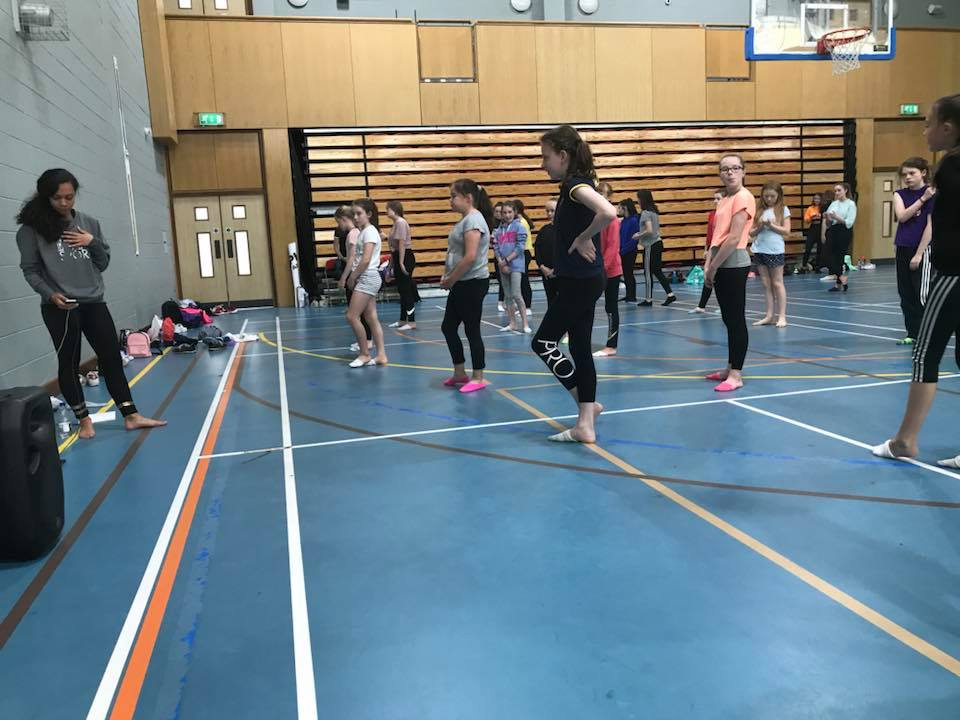 “If we didn’t have the Aura we wouldn’t have TRIUMPH. But I have to book space outside of the time that fitness classes are on. This leaves only Saturdays available,” she says.

“The last day the dancers were practising for an All-Ireland final. We were given a quarter of the basketball court to practice, with basketball going on around us.

“There is a great emphasis on fitness across Donegal but nowhere to support practising the arts. We need somewhere that puts the arts first.”

Those behind the #GiveUsSpace campaign are passionate about the necessity that any future building project would have to include input from the theatre societies.

Iarla says: “It is vital that when this centre is built it is built in the right way for future generations – and in consultation with the theatre makers here in Donegal. If people are not given a good experience of theatre and performance when they are young then they are not going to have a keen interest in it in later life. This can then have a damaging effect on theatre audiences.

“This centre will be used to help that young boy or girl who might not have an avenue to express themselves through which others might have through sport. This is to nurture their personal development. Whether they be the next theatre maker or theatre goer. Both are equally as important.

“Theatre and drama groups have put up with the struggle to find space for far too long now. It is now vital for our community that something now changes.” 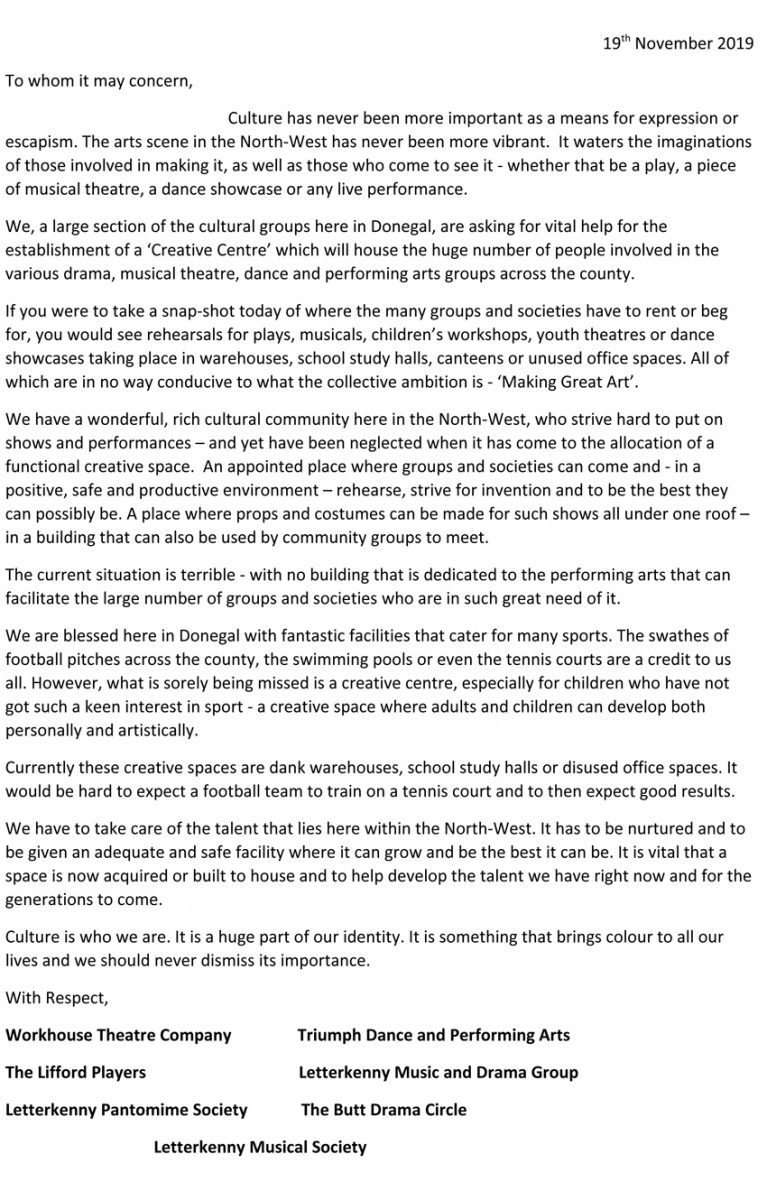