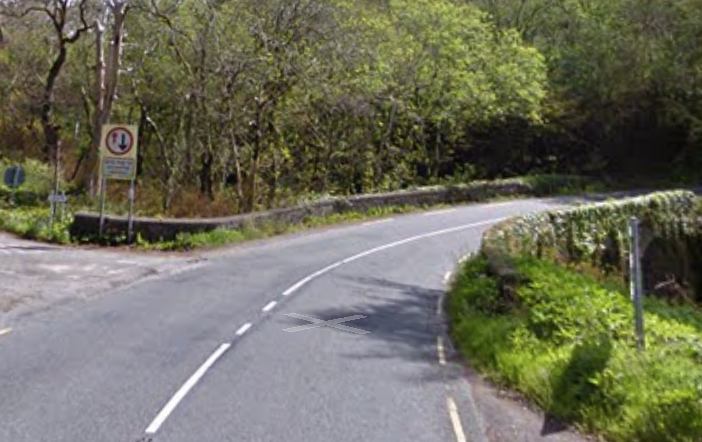 Environmental walkover surveys are due to be carried out at Fintra bridge next week as part of a major upgrade for the problematic route.

Progress is continuing on the bridge upgrade, which is a vital access route for parts of South Donegal.

The long-awaited upgrade was raised in the Dáil by Pearse Doherty TD this week, after which it was confirmed that environmental survey works to identify a preferred route will be carried out next week while a consultation event on the route selection will take place early next year.

It’s expected that the project will then progress to Part 8 planning with the purchasing of lands for the route to go ahead in 2020.

Sinn Féin TD Pearse Doherty and Councillor Noel Jordan have both welcomed news of the upgrade plans, but commented on how progress has been “painfully slow” to date.

Teachta Doherty said: “As many people in the area will know, the bridge at Fintra is an old structure and is quite narrow meaning that its design poses a particular challenge for larger vehicles travelling along the route.

“Similarly, the route also consists of a series of very dangerous bends and notorious accident black spots with realignment works urgently needed to improve road safety along the stretch which remains a vitally important artery connecting Killybegs with Glencolmcille.

“In the Minister’s reply to my Dáil Question, he confirmed that the Department remains committed to assisting Donegal County Council in upgrading the route, referencing that €150,000 had been allocated to the project this year with €22,264 of this drawn down to date while it’s understood that further monies will be made available as the project progresses.

“The Minister also confirmed that Environmental walkover surveys will be conducted next week on 26th November and that these works will assist the team working on the project to identify a preferred route before the being put out to consultation early next year.

“It’s anticipated that the project will proceed to Part 8 planning following which land purchases will then take place in 2020.

“Understandably, while progress on this project has been much slower than I and many others would have preferred, I am nonetheless glad to have received news of these latest developments.”

Cllr Noel Jordan added: “The road is of huge importance, not just for local residents and those living throughout the region, but it also is used by the many tourists who come to the region to visit the many attractions found here such as Sliabh Liag.

“While the pace of progress to date has been painful slow, I am happy to have received this latest update from the Minister and I now intend to continue to work closely with my colleagues in Donegal County Council as well as the local communities to hopefully see this project finally completed.”