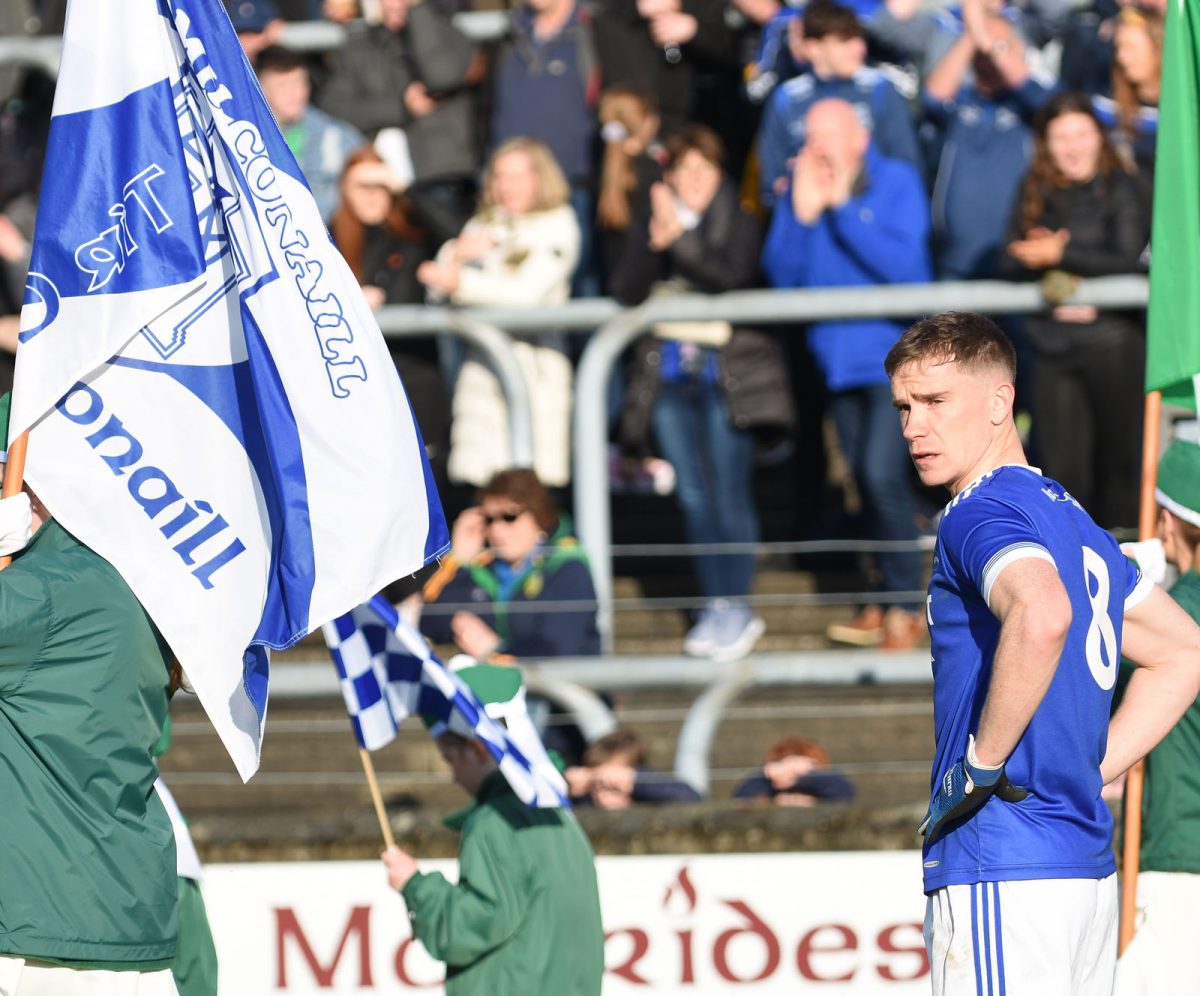 Ciarán, 24, is from Glenties and captain of Naomh Conaill where he plays midfield.

He’s also on the county panel, where he plays midfield or half forward.

Ciaran is currently studying in Letterkenny IT, where he’s in the final year of a degree in Sport and Exercise Performance.

“I’d like to thank my teammates, coaches and management in Naomh Conaill for all their support.”

Gradam Shéamuis Mhic Géidigh is presented each year to the player of the Donegal Championship, as selected by a committee of 12 sports journalists in the county, chaired by Damien Ó Dónaill of RTÉ Raidió na Gaeltachta.

Announcing the winner today on Barrscéalta on RTÉ Raidió na Gaeltachta, Damien said:
“Ciarán was chosen, in particular, for his performance at the end of this year’s championship. The final between Naomh Conaill and Gaoth Dobhair had to be played three times to separate the teams, and Ciarán, as captain of Naomh Conaill, showed tremendous leadership, which was crucial to their win.”

“He’s a talented player, improving year after year, and able to create inspirational scores off his left foot when needed. He’s a workhorse in midfield for Naomh Conaill, and he’s very deserving of this award.”

Edel Ní Chuireáin, Manager of RTÉ Raidió na Gaeltachta in Donegal, said:
“The GAA brings communities together, and helps to build community spirit. Séamus Mac Géidigh understood how important that was, and so it’s fitting that for the fourth year in a row this year’s award will go to a young man from a Gaeltacht club. Communities, particularly rural communities, need leaders like this, and I’d like to congratulate Ciarán Thompson on this well-deserved award.”

Broadcaster Séamus Mac Géidigh was synonymous with Donegal GAA, and the voice of Gaelic Games in that county until his untimely death in 2016. This award was established to honour his memory. Recipients to date are Michael Murphy, Mark McHugh, and Odhrán Mac Niallais.

Ciarán will be presented with the award at the annual Donegal GAA County Banquet and Award night on Saturday 23 November.

The award was created by sculptor Redmond Herrity using Donegal Granite carved in the shape of Errigal, with an image of Séamus engraved to the front.