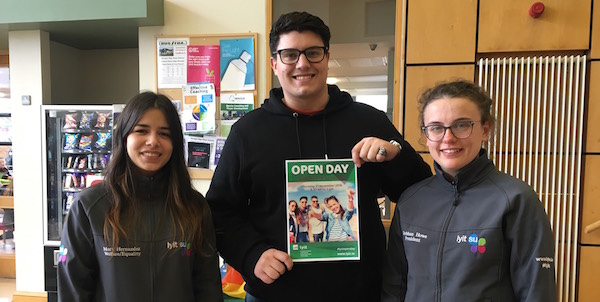 A deal agreed between the Letterkenny Institute of Technology and landlords to cap rent for students is working well and attracting more students to study in Letterkenny as it is more affordable.

With a 15% increase in students attending the LYIT in 2019/2020, there were fears there was not going to be enough accommodation available.

This problem was overcome as digs became available in Letterkenny and a new block of apartments opened in Ballyraine to accommodate the growing numbers.

Last year 80,000 students got the SUSI grant in Ireland. This year 10,000 less students will be receiving the grant.

The decline takes place as student numbers overall are increasing year on year.

Mary Hernandez is the VP of Welfare and equality in the LYIT. Mary attends training with the Union of Students in Ireland.

To make sure students in Letterkenny aren’t ripped off, Mary has agreed a deal with the landlords working alongside the LYIT.

“I have contacted each landlord one by one to agree a deal.

“We have agreed no accommodation should be higher than €320 a month.

“This includes all bills, electricity and heating for example. It was a lot of work, but it was worth it in the end,” she said.

Schools Engagement Officer Fiona Kelly says so many students attend the LYIT as Letterkenny is so affordable.

“Accommodation prices in Dublin are €700/€800 a month. Parents can’t believe how affordable accommodation is in Letterkenny,” she said.