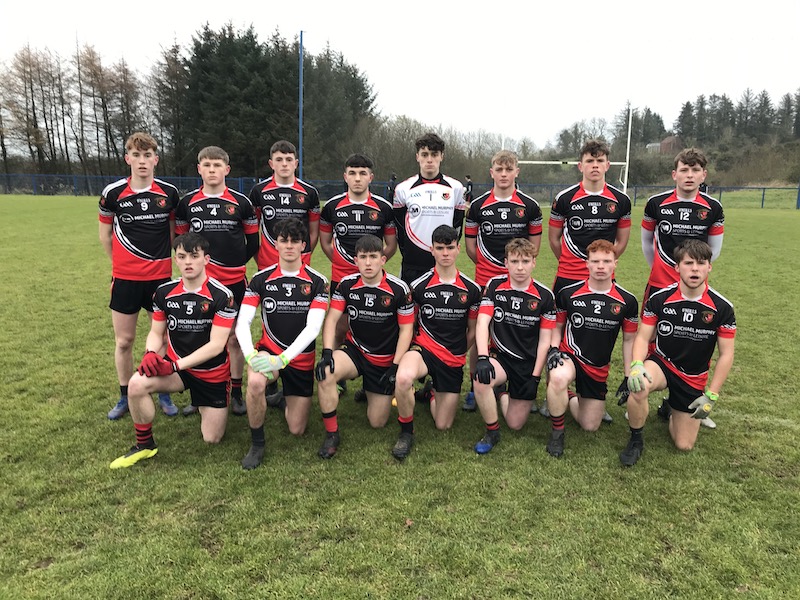 By Charlie Collins in Dromore

Goals either side of half-time by Eoin Dowling and Shane Monaghan brought St Eunan’s back into the mix, but a third St Pat’s goal from Fionntain O’Reilly.

But was a fifth-minute goal by O’Reilly that sent St Pat’s on their way. O’Reilly finished off a great move to put them on their way.

Kevin McPhillips bagged a second goal for the Cavan side, after taking a super pass by Oisin Brady.

Dowling ignited St Eunan’s when he finished after Monaghan did the spadework, but St Pat’s led 2-8 to 1-3 at the break.

Monaghan shot home just three minutes into the second half when he fired beyond Brian O’Rourke. Shane O’Donnell provided the assist and Monaghan made no mistake.

However, St Pat’s struck again when O’Reilly arrowed to the top corner after a St Eunan’s defender slipped.

Three-in-a-row from Monaghan responded for St Eunan’s,but the bad start to the game cost the Cathedral Town scholars.

David O’Herlihy’s men gave as good as they got for the remainder and will take encouragement from their outing.