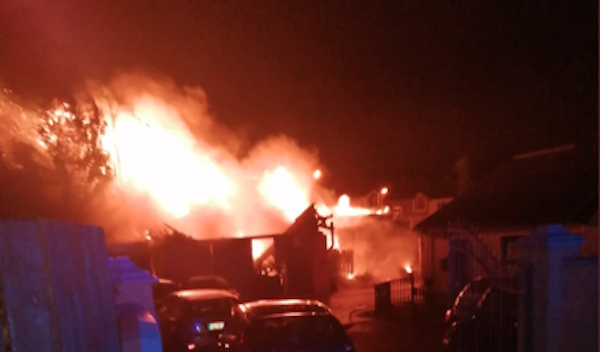 FIRE CREWS are currently tackling a blaze in the border village of Killea.

The fire broke out in the last hour or so at a commercial premises along the R237, the main Killea-Letterkenny road.

Nearby homes have been evacuated and doused in an attempt to stop the fire from spreading. Such is the ferocity of the heat, panes of glass in some houses have been cracked. Locals reported hearing loud bangs as the fire burned.

The fire appears to have started in a shed. The cause of the blaze is unclear.

Gardaí are also on the scene with fire appliances from both sides of the border working to bring the fire under control.  Additional fire crews have been deployed to assist.

There are no reports of any injuries.