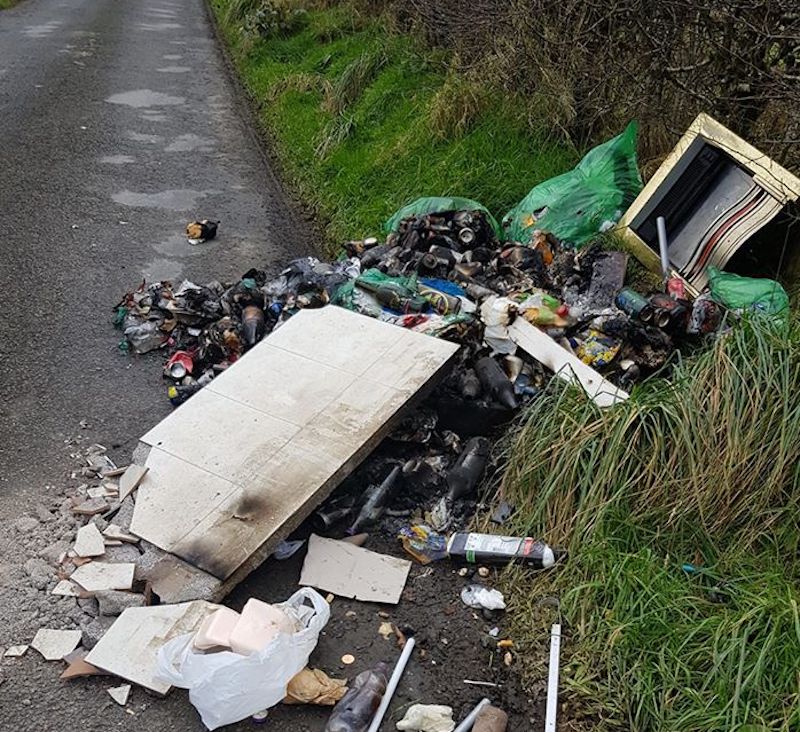 Letter found in charred waste after fly-tipping near Grianán Fort

DONEGAL County Council’s litter warden is to launch an investigation after a letter was found in the middle of rubbish dumped near Grianán of Aileach.

The rubbish was dumped at the side of the narrow road half-a-mile from the ancient stone fort.

It is believed that the fly-tipping incident took place in the early hours of Wednesday morning.

Some of the items were found charred after an attempt was made to burn the bags of household waste.

“If these people had managed to get a light to this, the whole hedge would have gone up,” local Fianna Fáil County Councillor Paul Canning said.

Bags containing beer bottles, cans and other items of waste were found. The material included an item of correspondence with a name and address.

A tiled fireplace and a heater were also among the discarded articles.

Cllr Canning said: “When you see a part of a fireplace and a heater, it would have taken a bit of strength to carry those items.

“All of those items, though, could have fitted into a wheelie bin and cost a tenner to dispose of. People just don’t care about what they’re doing. It’s disheartening to see this on the approach road to a local treasure like Grianán Fort.”