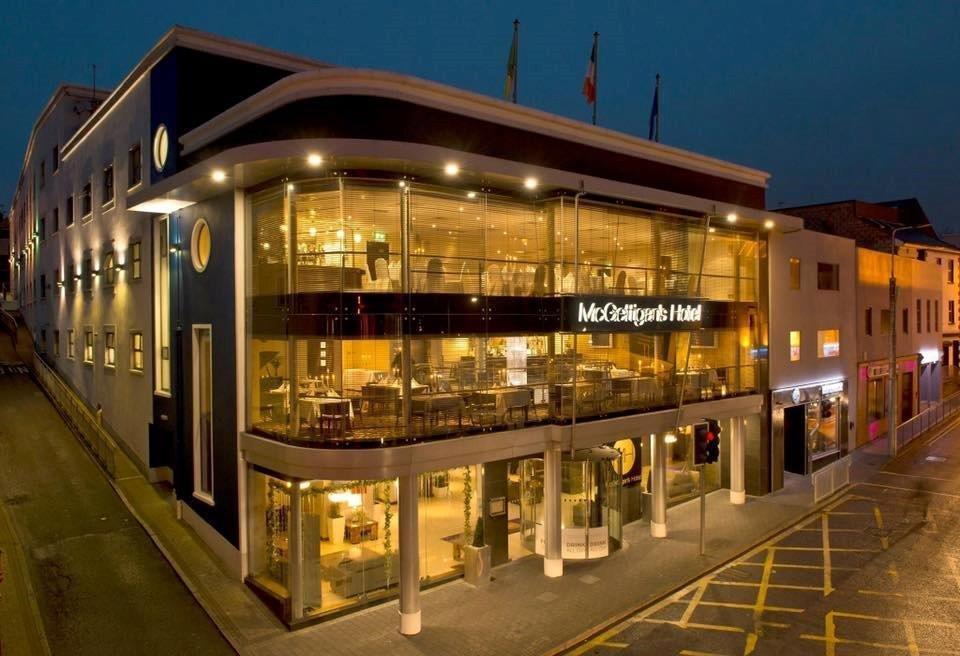 A MAJOR extension will see the addition of 61 new bedrooms added to a Letterkenny hotel,

An Bord Pleanala has granted permission for the development at McGettigan’s Hotel at Main Street, Letterkenny.

The application, lodged in the name of Denis McGettigan, outlines the plans for the demolition and reconfiguration of building elements that previously formed part of the former Milan nightclub area of the hotel.

A new four-story side extension, with 35 bedrooms, is to be constructed while a new fifth floor, over the existing bedroom block, will provide an additional 26 bedrooms.

A spa facility will be provided at fourth-floor level.

Residents lodged an appeal against the decision of Donegal County Council to grant conditional planning permission for the redevelopment.

A number of conditions have been attached to the permission.

Works will only be carried out from 8am-7pm on Monday-Fridays, 8am-2pm on Saturdays and not at all on Sundays. Public lighting will be provided, which will include lighting along Speer’s Lane.

The developer is to lodge with the planning authority a cash deposit, a bond of an insurance company, or other security to secure the provision and satisfactory completion of roads, footpaths, watermains, drains, open space and other services required in connection with the development.