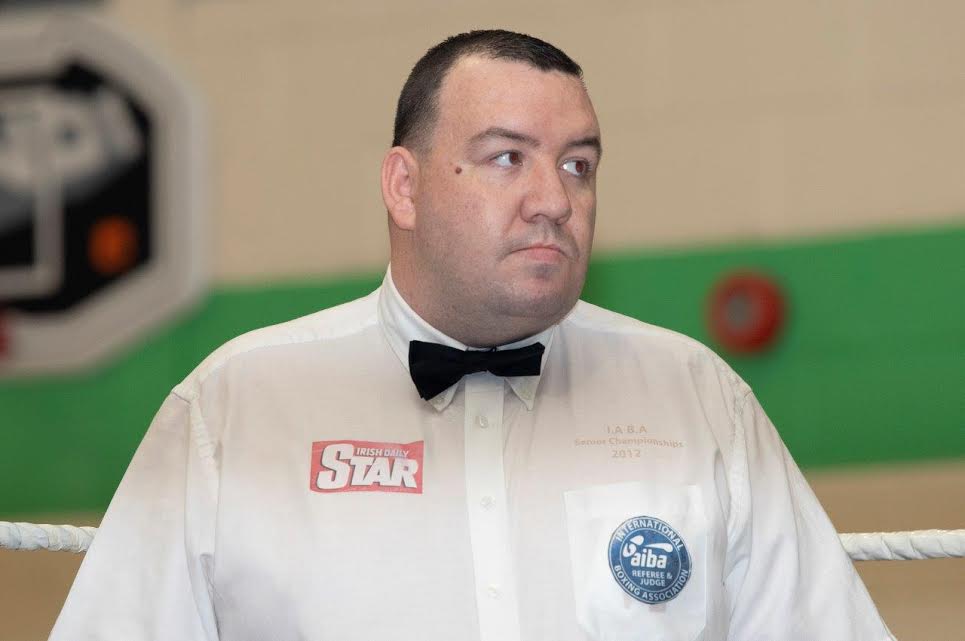 A DONEGAL man is to travel to officiate at an international boxing tournament in Dubai next week.

Carrigart’s James McCarron will go to Dubai with the Ulster High Performance squad on November 26.

McCarron will be a referee and judge for the international tournament.

The well-known official has been a judge since he was 17 and he took up refereeing a short time later.

McCarron has been refereeing in the Irish Elite Championships since 2006 and also officiated at the 2014 European Junior Championship in Russia.

The 34-year-old is a son of Carrigart ABC founder Thomas McCarron and is currently the Vice President of the Ulster Boxing Council.