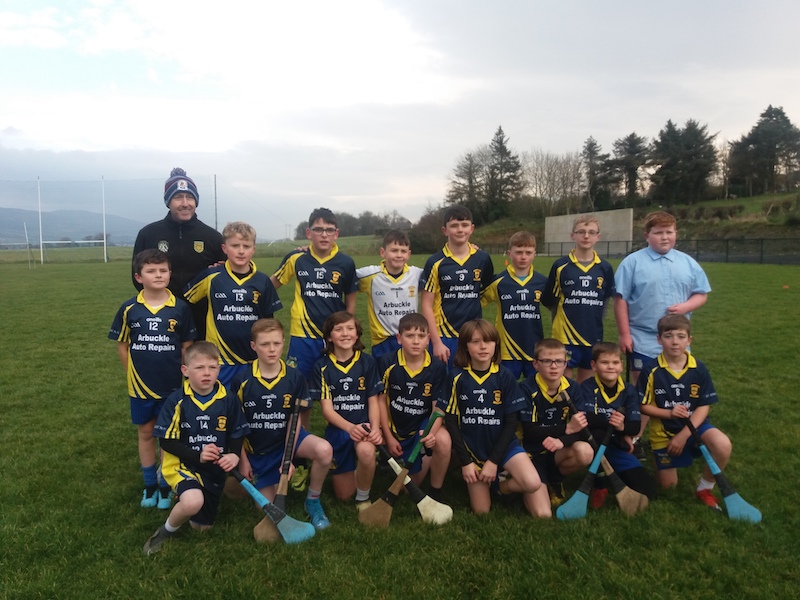 The scene was set. Weather was perfect for this hurling decider and Burt GAA  pitch was a hurler’s dream.

Both teams had come through their sections and earned the right to become potential county champions. Neither school had won this coveted trophy before. We were in for a cracker.

The ball was thrown in and you just knew this was going to be a titanic struggle. Ryan Clarke (Joint Captain) from St. Aengus opened the scoring with a free and St. Aengus quickly raced into a three-point lead with scores from play Kyron McColgan (Joint Captain) and Clarke again.

This kicked the Stranorlar side into life with two magnificent scores from play the brilliant Stranorlar captain Dan Donnelly and Barry McMenamin. The game ebbed and flowed over the next few minutes and the skill level of blocks and high fielding were a joy to watch.

St. Aengus Goalkeeper Adam Diver made a crucial save from Doneely and that seemed to swing the balance of power back to the Bridgend men.

Up stepped the brilliant forward line of Darragh Donaghey and Lee Callaghan to wrestle control of the game and score a quick-fire 1-3, Callaghan with a classic poacher’s goal. The score at half time was 1-6  to 0-2 at half time but there was all to play for yet.

The opening minutes of the second half was a tight affair and Barry McMenamin gave hope to the Stranorlar men with a brilliant score. It was back to the walls stuff for Bridgend. Captain Donnelly was becoming more and more influential for blue and whites. 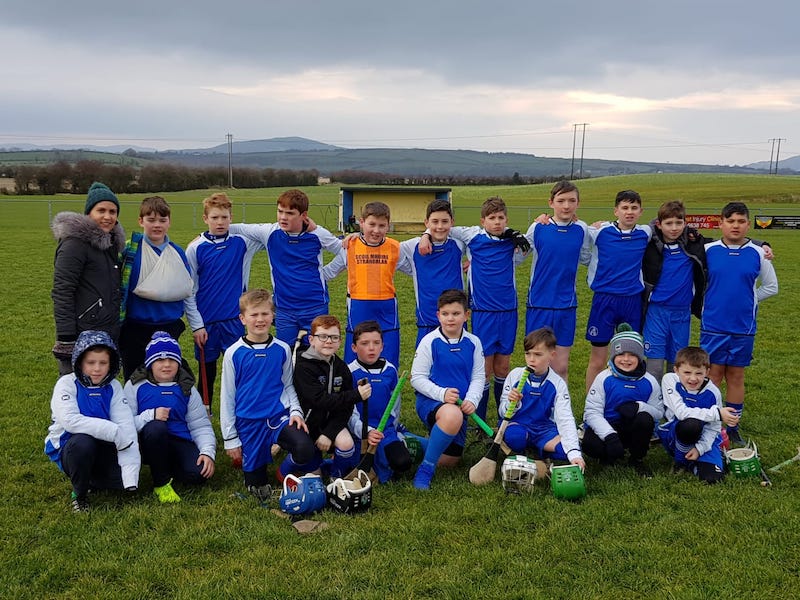 This was the time for the backs to shine and with Aidan Porter leading his troops of Oisin Arbuckle, Kyron McColgan and Shane Clarke-Doherty the St. Aengus backline held firm.

St. Aengus half-forward line of Eoin McDaid and Daniel McLaughlin started to take the game by the scruff of the neck and were becoming more and more influential. Both scored cracking goals to take control of the game.

Back came Stranorlar again and were very unlucky not to narrow the gap with a couple of narrow wides from their big players, Donnelly and McMenamin. With the game becoming further stretched St. Aengus top scorer Darragh Donaghey scored two further goals. Rory Doherty replied with a brilliant late goal but time was running out.

The strength of St. Aengus’ panel was evident when they were able to bring on Ryan Featherson, Oisín Barr, Ciarán McDaid, Darragh McCauley, and Oisin Callaghan.

St. Aengus saw out the remaining minutes and the final whistle was greeted with great cheers.