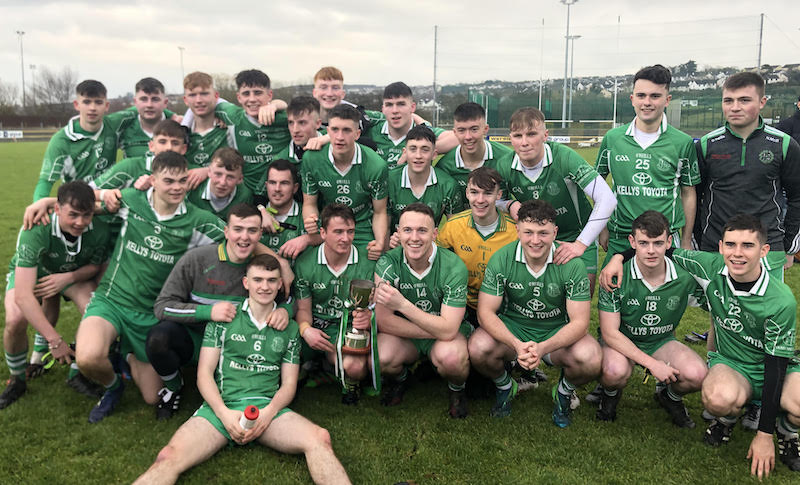 ST NAUL’S joint captain Gavin Mulreany says the pain of the last two final defeats helped inspire St Naul’s to the U21 ‘B’ title this afternoon.

After successive losses to Sean MacCumhaills and Milford, St Naul’s put Termon to the sword today to capture a first piece of U21 silverware in 20 years.

“We were five up with two minutes to go. This was our third and we knew we came in with the attitude right today.

“Last year, we feel that it slipped away from us, but we played well for the whole game today

“We had very little wides. Our backline was very good. We conceded 1-7…eight scores is all we conceded and you have to say that’s brilliant.”

Mulreany said: “From the word go today, Peadar was unreal. He’s different gravy. He is probably one of the best players in this age group and he carried us today. Some of his points were unbelievable.”

Today’s win caps off a superb year for St Naul’s, who also won the Intermediate Championship.

Mulreany added: “The seniors doing well had a big knock-on effect. Players coming in will want to get involved and it’s great to see those boys coming in now. They’ll get a taste of winning and bring that on into senior football.”