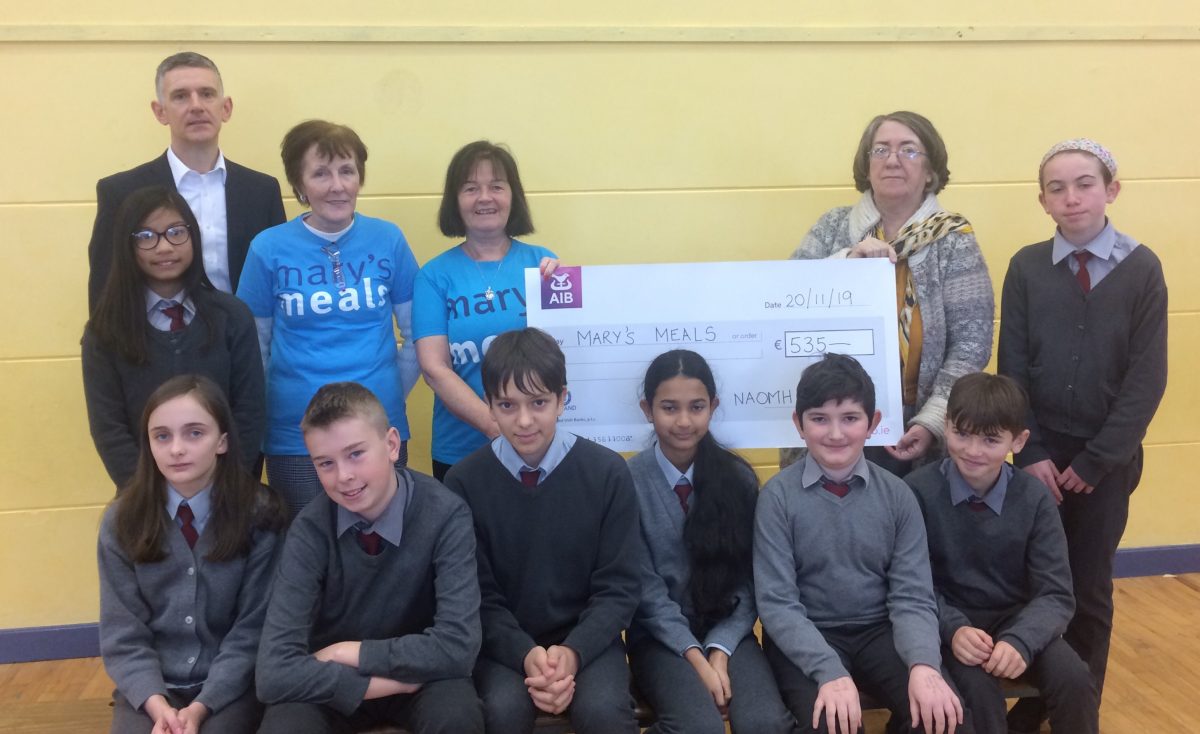 Principal’s retirement inspires school to raise over €1,000 for charity

The pupils of Scoil Naomh Fiachra Illistrin in Letterkenny have raised a fantastic €1,070 following the retirement of popular Principal Doreen Kennedy.

Mrs Kennedy retired at the end of September after nearly 40 years of service. To mark the occasion, the pupils held a No Uniform Day on Mrs Kennedy’s last day. Each pupil was asked to bring €1 or €2 to support two worthwhile Christian charities.

The school Parents’ Association and Board of Management also held a raffle at the function to mark Mrs Kennedy’s retirement. In total the whole school community raised €1070.

€535 was presented to Mary’s Meals. You can check their great work here. €535 was also presented to NET Ministries. You can read about this charity here.

Mrs Kennedy presented the cheques to the two charities on the 20th of November.

Representatives from Mary’s Meals spoke to 6th class pupils about the great work being done by the charity to help children in the third world.

Father Kenny and members of the NET team spoke about their work sharing Jesus’ gospel message with young people. Pupils listened attentively and were made aware of the struggles facing less fortunate children in different parts of the world.

A team of NET volunteers are working on an ongoing basis with the 6th classes at Illistrin NS.

A big thank you to the parents, pupils and staff for supporting Mrs Kennedy’s favourite charities.