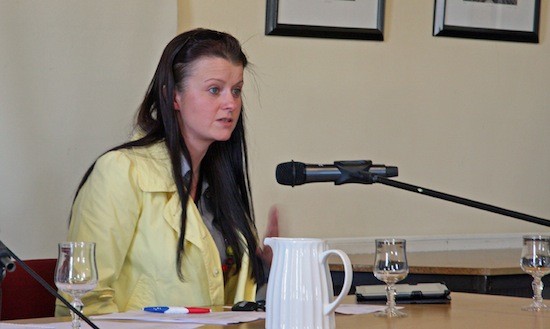 A total of 27 councillors voted in favour of the budget while two, Cllr Frank McBrearty and Cllr Micheal Mac Giolla Easbuig voted against.

In particular, Sinn Féin is happy that our proposal for a Town & Village Revitalisation Scheme was include as this will allow for a commercial rates rebate for new businesses in long-term vacant premises.

Cllr Gallagher added “We are hopeful that this will spur job creation within the small local business sector across the county.

“Further, we put forward the need to increase funding for Tidy Towns groups and this was also supported by all parties. This is an increase on the Tidy Towns fund which we had secured previously.”

She added that some other positive developments in the budget include:

-€500,000 for the purpose of co-funding applications and drawing down investment.

-An increase of over €3million in expenditure on roads.

-No proposed increase in commercial rates.

And she added “With regard to capital investment I am also happy that there is room to move with an ambitious house-building programme and room to invest in vital community amenities across Donegal.

“This is positive progress and we, as a party, look forward to continuing to work with councillors from across the political spectrum and from across the county to ensuring that this budget book is used to benefit the people of the county who elected us.”