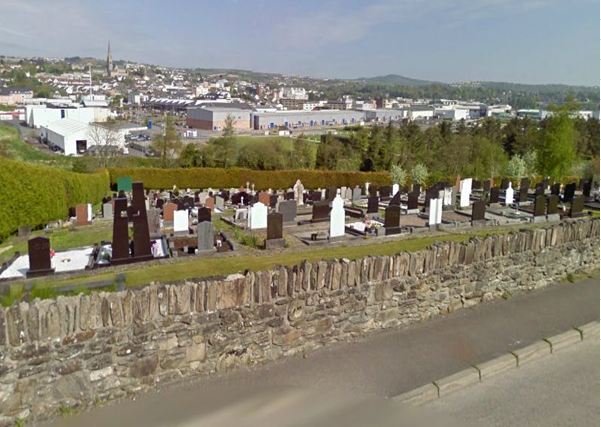 St. Conal’s patients memorial to be unveiled at Leck Cemetery

A new memorial will be unveiled next week to commemorate patients from St. Conal’s Hospital who were buried at New Leck Cemetery in the last century.

It is not generally known that there were several hundred patients from St. Conal’s Hospital buried in “new” Leck Cemetery outside Letterkenny.

That is about to change when a simple service of remembrance will be held there on Sunday 8th December at 2.30pm where a memorial stone will be unveiled in their memory.

Sunday’s planned service follows a successful community-led initiative to respectfully remember those people who were buried at Leck between 1902-1980. The project has been spearheaded by the St. Conal’s Hospital Graveyard Restoration Committee who came together in 2016 to restore the old graveyard at the back of St. Conal’s Hospital.

Chairperson Betty Holmes thanked everyone involved in bringing this project to this point and noted that this has been a natural progression from the work done at the old graveyard behind St. Conal’s.

She said: “When that graveyard at St. Conal’s closed in 1902 the deceased patients were brought to the new Cemetery at Leck and the internments continued there. There were no headstones or grave markers in Leck Cemetery to indicate their presence or location, so the Committee thought it would be fitting to erect a memorial and information board to mark this burial area and improve awareness of and access to information about this plot”.

Local historian and former psychiatric nurse Hugh Devlin was on hand to provide background information on this site. He noted that “new” Leck cemetery is more than 120 years old and was initially purchased by the Letterkenny Town Commissioners in 1897 as a nondenominational cemetery. That same year the Management Committee of St. Conal’s Hospital purchased an adjoining plot of ground for their own future use. It was only after the closure of the graveyard behind St. Conal’s Hospital in March 1902 that the hospital transferred all internments to this plot at Leck. He noted that the patients who were buried here would have come from throughout the length and breadth of County Donegal and from all religious backgrounds.

Chairperson Betty Holmes thanked everyone involved in the project for their time, energy, enthusiasm, and commitment, and to the Parish of Conwal and Leck for their assistance. The memorial stone was erected by Mc Caul Memorials and is sponsored by the HSE. The information signage is being erected by Callaghan’s “The Sign Place” and is sponsored by the Letterkenny Tidy Towns, who are also supplying flowers and materials to make this a fitting place of remembrance. Thanks also to the Letterkenny Men’s Shed who are erecting a seat and signage at this location.

The unveiling ceremony will take place on Sunday 8th December at 2.30pm. Everyone is welcome to come along and the Committee extend a special invitation to the relatives of those who are buried here.