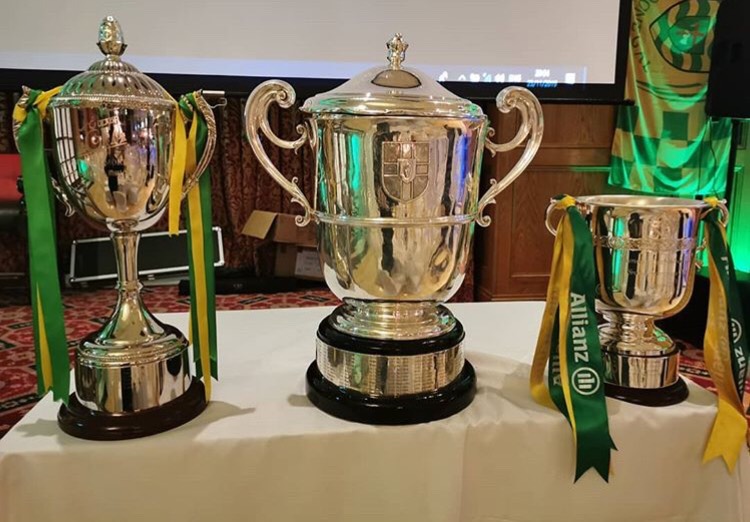 DONEGAL’S Ulster champions – both men’s and ladies – were presented with their provincial medals at tonight’s Donegal GAA Annual Banquet at the Abbey Hotel in Donegal Town.

It was the first time to respective boards – CLG Dhun na nGall and and Ladies County Board – joined together for an awards night – a facet that was acknowledged by Donegal county board chairman, Mick McGrath.

Declan Bonner’s men overcame Cavan to win the title for the second year on the spin and Maxi Curran led the ladies to their third crown in succession and fourth in five seasons since making the breakthrough in 2015.

Michael Murphy from Glenswilly was named as Senior Footballer of the Year, with Geraldine McLaughlin of Termon winning the ladies award.

Ciaran Thompson of Naomh Conaill was named as the winner of Gradam Shéamuis Mhic Géidigh, in memory of the broadcaster who died in 2016, for the best player in the Donegal SFC. Thompson follows in the footsteps of Michael Murphy, Mark McHugh and Odhran MacNiallais.

Other award winners were:

Junior Club of the Year: Buncrana

The evening was hosted by Damien Ó Dónaill of RTÉ Raidió na Gaeltachta, who stepped into take the place of Charlie Collins of Donegal Daily/Donegal Sport Hub, who had a prior arrangement hosting a fundraiser for the late Manus Kelly in Letterkenny.

Ó Dónaill recalled the tragic day when Kelly lost his life on the final day of the Donegal International Rally, the news filtered throughout St Tiernach’s Park in Clones ahead of the Ulster SFC final. “A couple of weeks later,” Ó Dónaill added, “Manus’s young son Charlie was playing at half-time in the Donegal v Meath match in the super Eights at the the start of the second half the Donegal team, led by Michael Murphy, came out past and Michael gave young Charlie the thumbs up.”