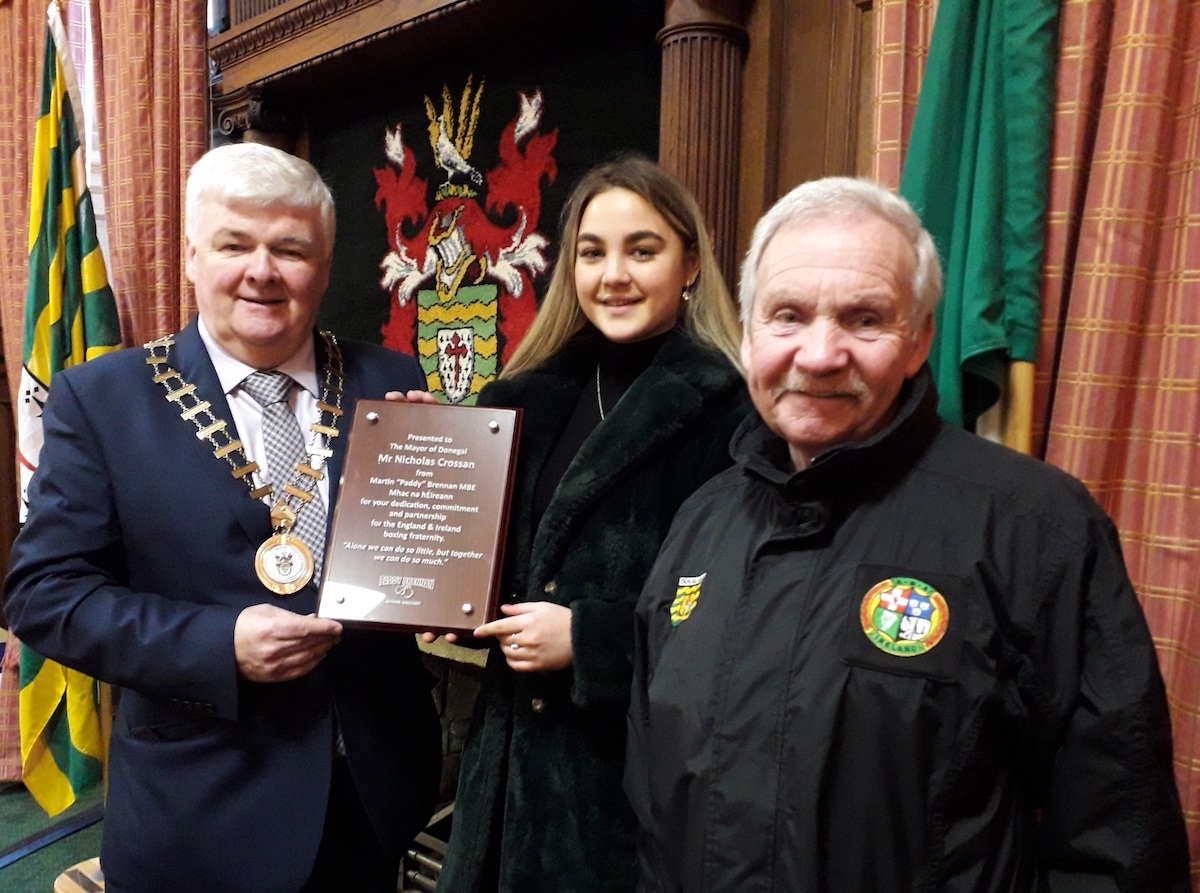 A Channel 4 television crew came to Raphoe with the English boxing team and the tournament in Raphoe will feature in a boxing documentary to be aired nationwide in early January.

He said: “Once again the Donegal boxing board would like to convey a sincere thanks to Donegal County Council and all the local councillors for their fantastic support for the years as it is greatly appreciated by all 15 boxing clubs in the county.” 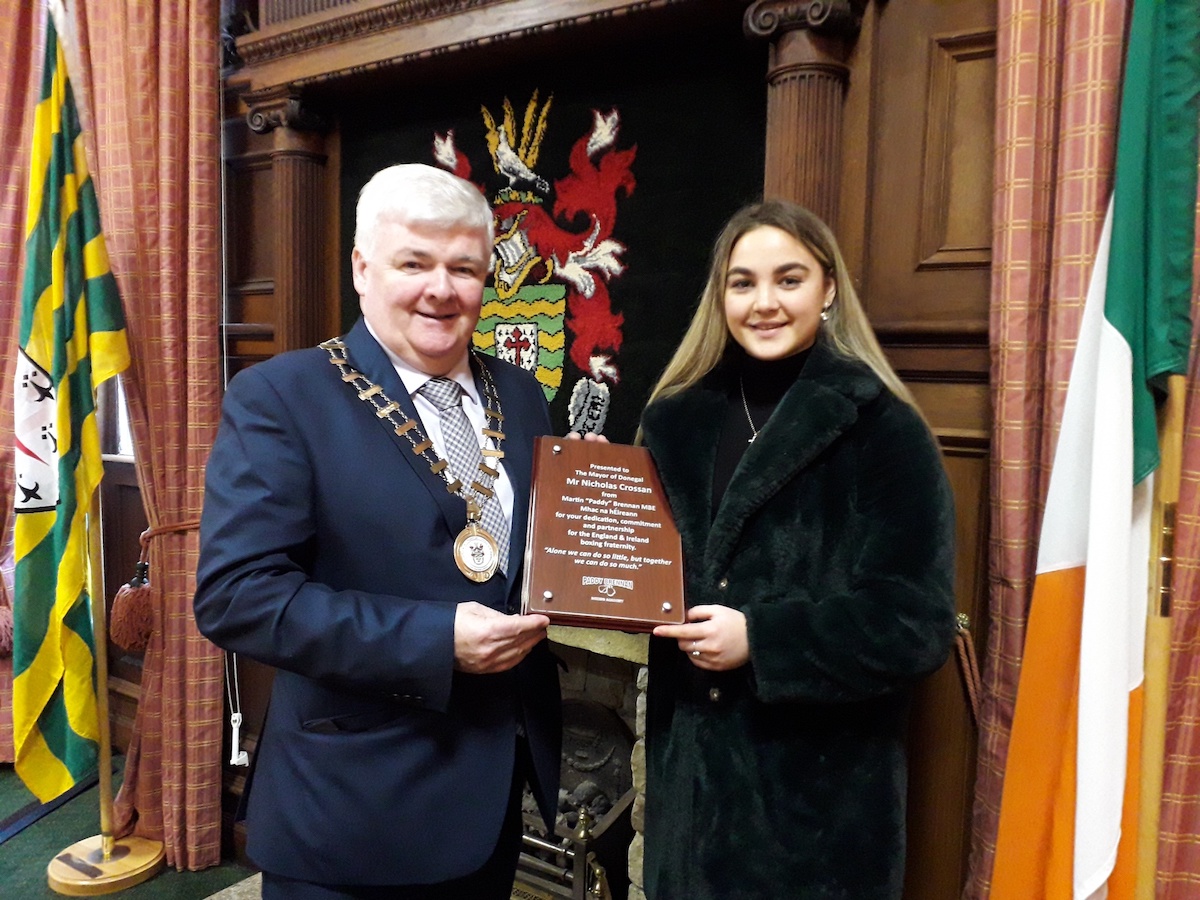 Cathaoirleach Crossan thanked Leah for making the presentation on behalf of the England Boxing Team and acknowledged the work done by Donegal Boxing Board and in particular by Peter O’Donnell in raising the profile of boxing in Donegal and hosting tournaments of the calibre of the event in Deele College last week.

He congratulated Leah on her wonderful achievements to date and wished her every success in her future endeavours.