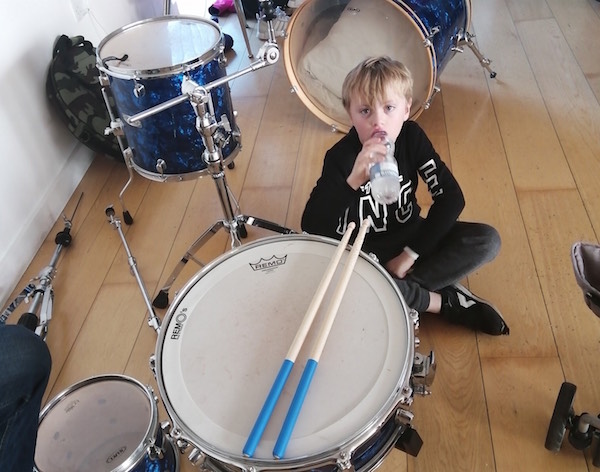 Finlay to drum up lots of fans on Late Late Toy Show!

A young Rathmullan boy has bagged the opportunity of a lifetime when he appears on RTE’s Late Late Toy Show this Friday night in front of a television audience of 1.3 million viewers.

At the tender age just 7, Finlay Sheridan plans to grab the opportunity with both hands.

Finlay made his debut playing with dad Daniel and brother Evan in their band ‘My Generation’, at Rathmullan’s Community Festival during the summer.

Just days after he amazed the crowds at the festival, the band were asked to play on BBC Radio Foyle’s Mark Patterson show.

Finlay was the first-ever drummer to play in their brand-new studio.

After Finlay’s performance went viral, mum Rachel decided to send a video of him practising the drums at their home into the Toy Show. 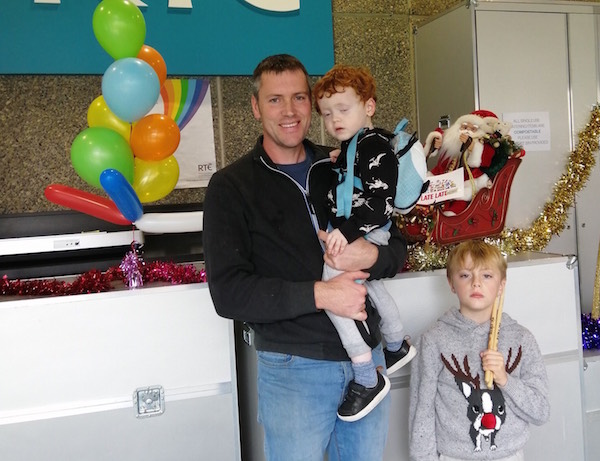 His delighted mum Rachel told Donegal Daily “On October 23, we travelled to Donnybrook to the RTE Studios, where he auditioned for the Toy Show.”

“RTE contacted us a week and a half later to tell us he got through.”

Over 5,000 acts apply each year so Finlay was up against thousands of other talented children from all over Ireland.

Only 2% of those that apply, get through to the auditions.

For Finlay to make it to the live show is an outstanding achievement.

However, Finlay’s mum Rachel said you couldn’t excite him.

“Finlay’s not nervous at all, he’s as cool as a cucumber and taking it all in his stride,” she said.

Finlay grew up with music all around him as he is part of a talented family of musicians.

His big brother Evan has been playing the bass guitar since he was 8 years old and started playing in the band with his dad Daniel when he was 13.

Finlay and his family will travel to Dublin on Wednesday as there are rehearsals on Thursday ahead of the main event on Friday night.