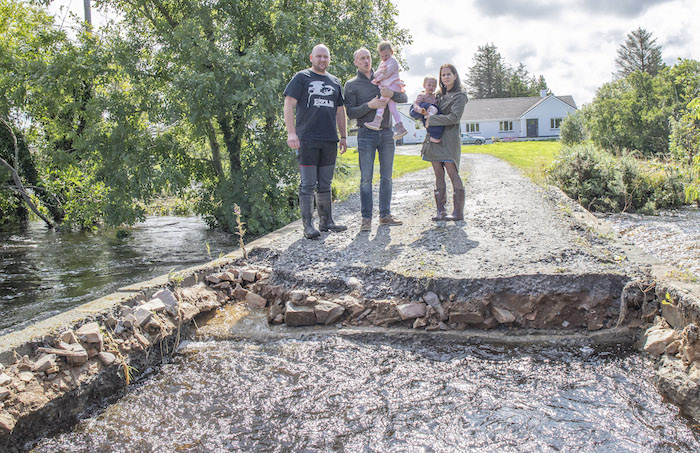 A family who have been virtual prisoners in their own home since an access bridge to their home was destroyed in August are to meet the Minister of State for the Irish Language, the Gaeltacht and the Islands.

It is hoped the Minister will see first-hand the serious problems being faced by the family in trying to get to and from their home close to the River Clady.

Sean O Duibhir confirmed to Donegal Daily he is to meet with Minister Kyne today.

He said “I am delighted to be able to meet the Minister and I am hopeful he will see first hand the problems we have.

“I am grateful that I am being given a chance to show him our situation and what we are going through. 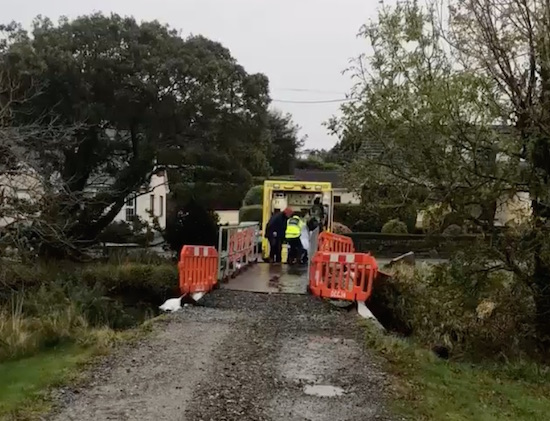 “Hopefully something can be done when the Minister sees what we are facing every day.”

The family face problems on a daily basis and have to walk to the local road to drive their cars to the local school and to shops.

Last month Sean’s 79-year-old father had to be trolleyed more than 200 yards into an ambulance because the footbridge to his home has not been replaced.

Mr O Duibhir Snr, who is confined to a wheelchair, collapsed at his home.

However, emergency medical personnel could not get their vehicle near the family’s home his home after the footpath collapsed and was washed away during flooding in August when the local River Clady burst its banks.

Instead, the frustrated paramedics were forced to wheel the man more than 200 yards from his home to the main road where he could be taken by ambulance to hospital.