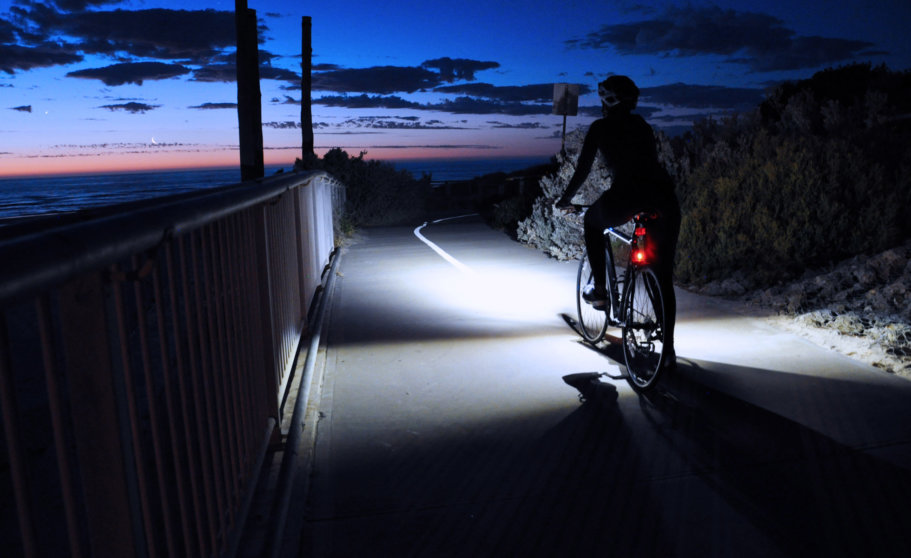 The North West Greenway Network is organising three bike light set giveaway sessions to promote the use of lights while cycling on the roads.

Commencing on Tuesday 3 December, the ‘Light Your Bike’ campaign rolls into the Guildhall in Derry before cycling down to the ‘Tinnies’ sculpture in Strabane on Wednesday 4 December, before finishing at the Gap Café in Bridgend on Thursday 5 December.

Project staff will be at each location daily from 4.45pm-5.45pm giving out light sets on a ‘first come first served’ basis.

Emma Hagger, Active Travel Officer for the project said: ‘It is now law – both in the north and south – for cyclists to have front and rear lights during lighting-up times.

“But more importantly, to cycle safely cyclists must be seen, both on rural roads and around the city, which mean lights are essential.

As stocks are limited, drop down early to collect your set of lights and to discuss all things cycling with Emma and Ronan Gallagher, the project’s Communications Officer. 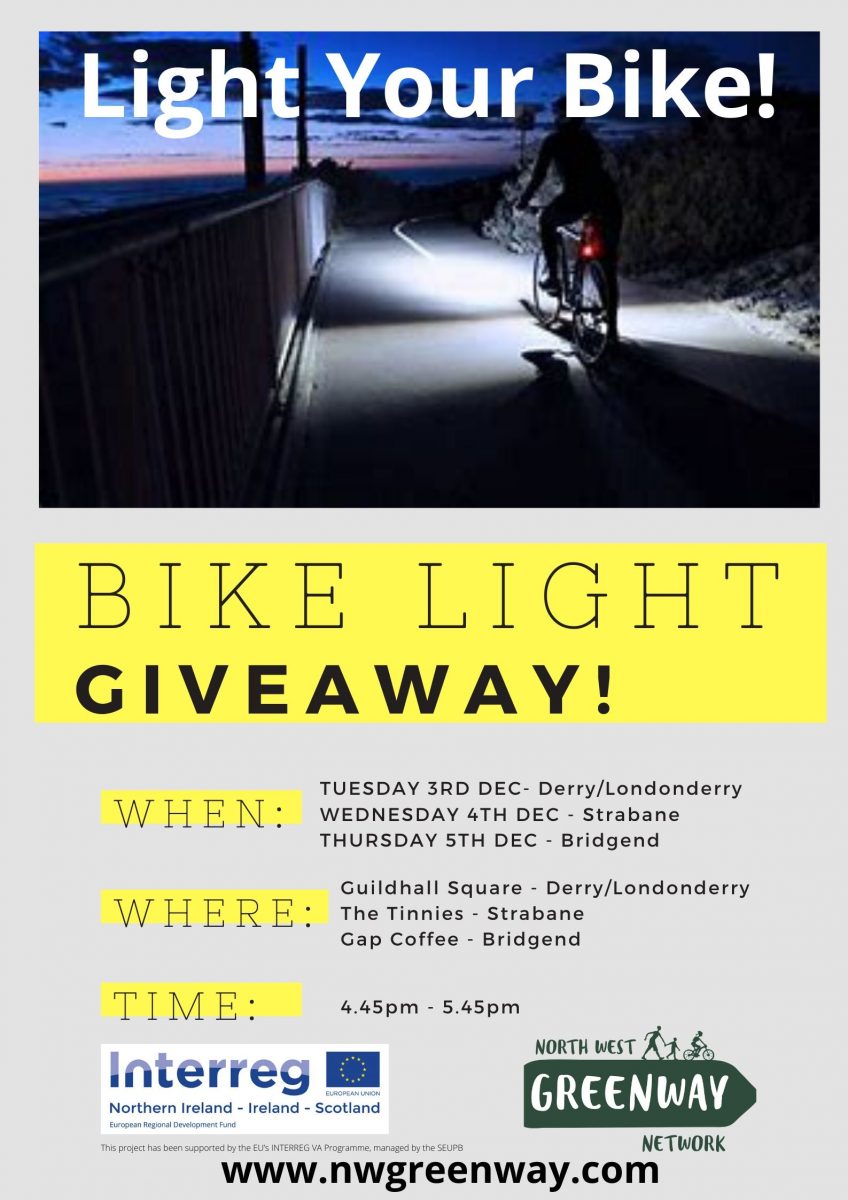