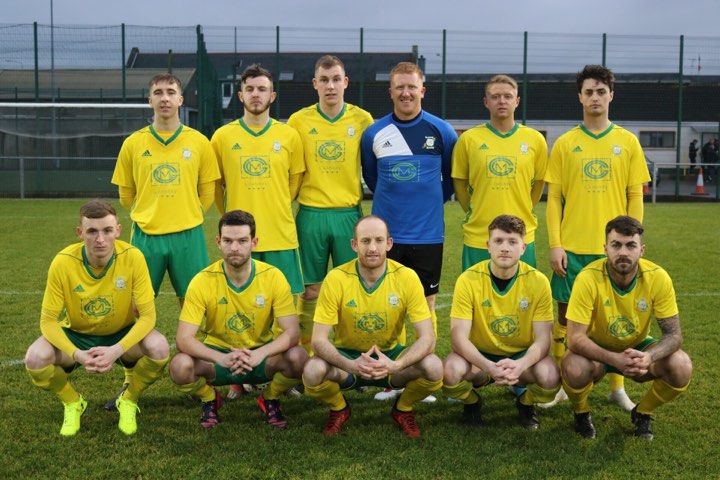 Former Bradford City striker McHugh, now part of Jason Gibson’s backroom staff, had a penchant for scoring in big games in his career, but this weekend he hailed Bonagee’s defensive unit.

“The boys pride themselves on clean sheets and we spoke about that at half-time,” McHugh told Donegal Daily/Donegal Sport Hub.

“It’s great they did that.

“We took a while to break them down, but we eventually got one just before half-time.

“They did have a couple of chances so it could have been a different story. Once we got the first, we settled down a bit. You still have to see out these games, especially in Cup competitions. If they had got one back, it could have been a nervy last ten or 15 minutes.”

Michéal Doherty put Bonagee on their way late in the first half before Ryan Rainey and Michael Funston added goals in the second hals.

Six days previously, Bonagee had suffered a first loss of the season when they went down 1-0 at Cockhill Celtic.

McHugh said: “We didn’t play well last week. The boys knew that, but from minute one here they were up for it and wanted to put right last week. We’ll march on to the next game and it’s one game at a time.”