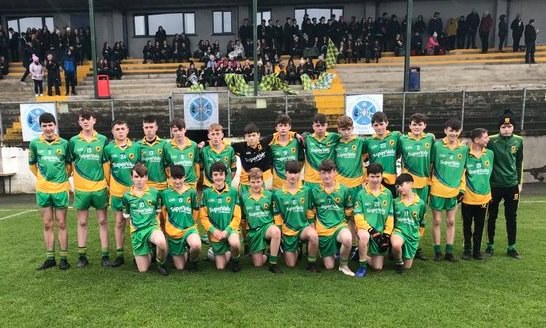 The Inishowen scholars were ten points down at half-time, but a strong come back wasn’t enough in the second period at Killyclogher.

Colaisti Inis Eoghain were scoreless in the first half while St Joseph’s didn’t trouble the scoreboard in part twp.

Under stern pressure from Colaisti Inis Eoghain, Donaghmore held on for the win.