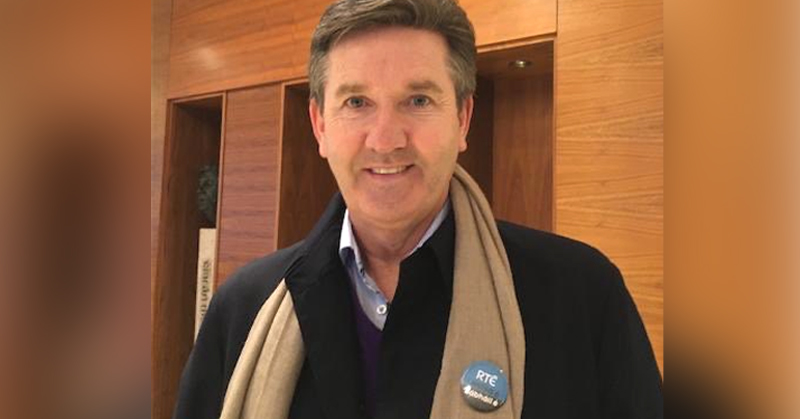 Daniel O’Donnell has stood firmly alongside embattled RTE workers with a badge showing his support.

The Kincasslagh singer was seen wearing a badge with the Irish slogan “RTE, sabhail e” which means ‘Save RTE.”

The image has been shared by the National Union of Journalist’s Dublin Broadcasting branch.

RTE is in a state of change and is planning to cut more than 200 jobs as well as freezing salaries and cutting salaries.

The organisation is hoping to save €60M over three years.

The station’s top earners including Late Late Show presenter Ryan Tubridy are facing up to 15% pay cuts as Donnybrook bosses try to balance the books.