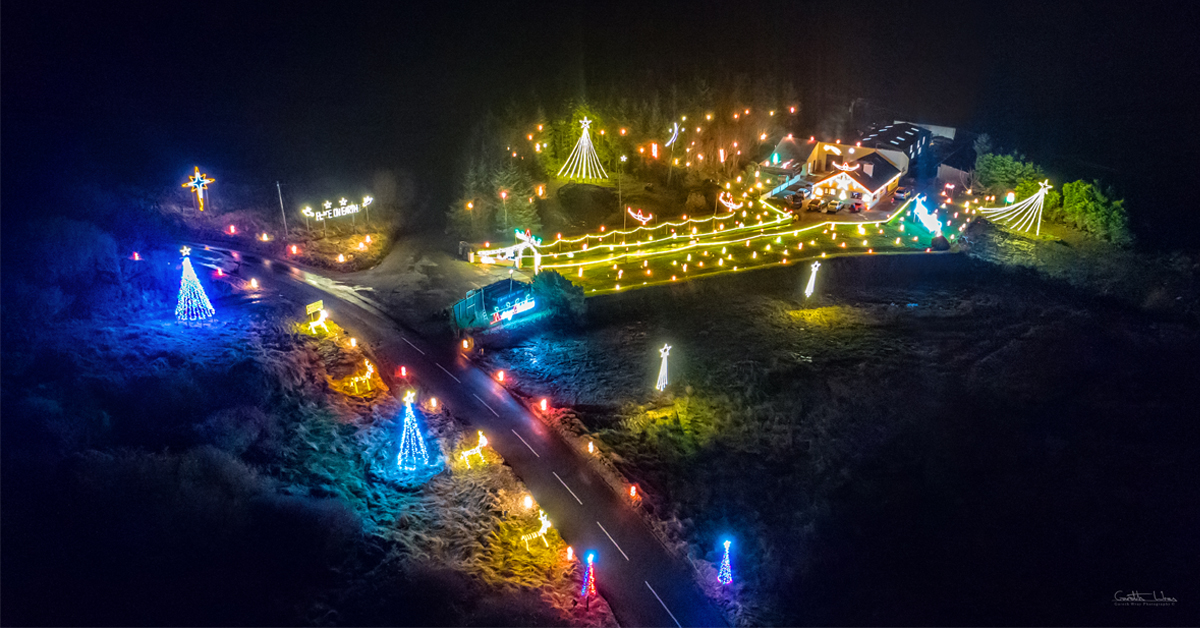 Investigations are underway after a charity donation box was stolen from the Whoriskey’s Christmas Lights display in Kerrykeel.

The senseless act took place on Monday, where a box was taken from the grounds of the well-known home lights display at Gortcally.

Each year for the past 16 years, local couple Mary and Michael Whoriskey illuminate their home and open their gates for the public to enjoy a dazzling lights display in their garden. The charity event raises thousands of euro for local charities each year.

This year’s lights display is in aid of the Donegal Hospice and the local Mevagh Voluntary Fire Service.

But the couple was shocked to discover yesterday that one of the donation boxes was taken from the grounds. The box was located next to a crib at the foot of the driveway, and clearly marked ‘Donation Box’.

The box was stolen sometime between 3.30pm and 10.30pm, and Gardaí are appealing to anyone is the area to report any suspicious activity which may help recover the charity donations.

It is not know how much money was in the box. But if anyone finds the box, empty or otherwise, they are being asked to report it as it may be a key piece of evidence for fingerprints.