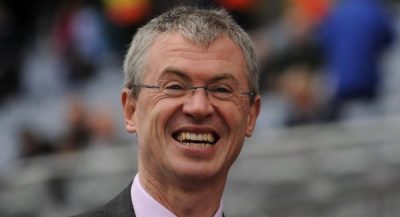 Brolly to feature in Naomh Conaill’s big ‘Up For The Match’ show!

JOE Brolly is among the panellists this Friday night as Ulster finalists Naomh Conaill host an ‘Up for the Match’ show.

Ahead of Sunday’s Ulster final against Kilcoo in Omagh, the club will get the appetites whetted on Friday night in the Highlands Hotel.

Brolly – who expects that his time as an analyst on The Sunday Game to be over after he was left off the station’s coverage of the All-Ireland final replay this year – is never shy of an opinion and will have his brains picked on the Ulster final and more.

What did Brolly think of Naomh Conaill and Gaoth Dobhair playing three times in the Donegal SFC final?

How does he think Naomh Conaill will fare on Sunday as they bid to win the Ulster title for the first time?

Find out on Friday night!

Brolly will be joined on the Up For The Match panel by his former Derry team-mate Tony Scullion and 1992 All-Ireland winner Tony Boyle.

The event will be hosted by Donegal Daily/Donegal Sport Hub’s Charlie Collins.

The event gets underway at 9pm and admission is €10. 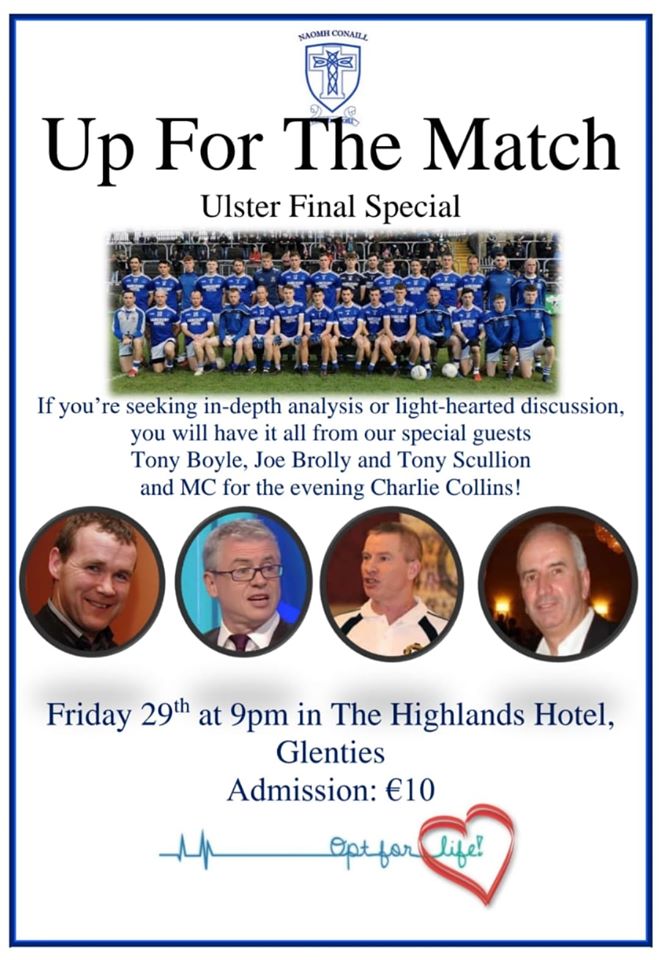 Brolly to feature in Naomh Conaill’s big ‘Up For The Match’ show! was last modified: November 27th, 2019 by Chris McNulty
FacebookTweetLinkedInPrint