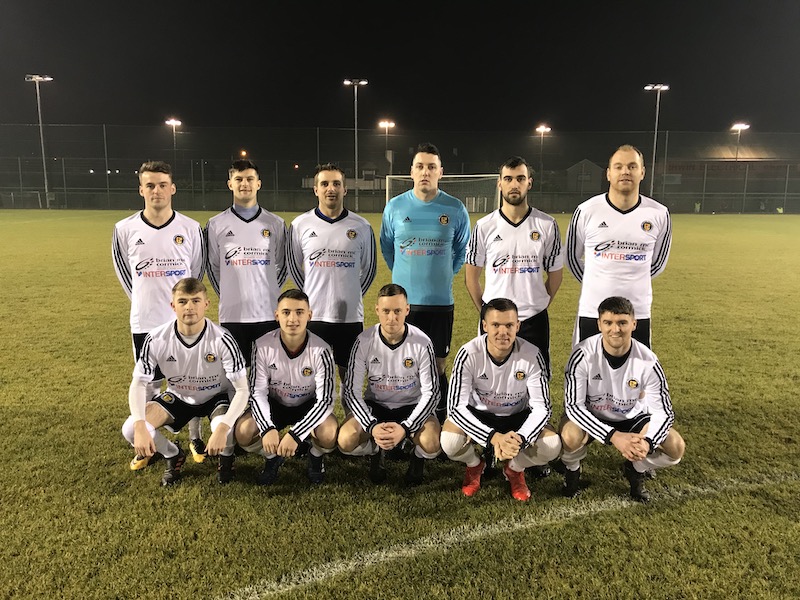 A GOAL in each half saw the Donegal League defeat derby rivals Inishowen to book a spot in the quarter-finals of the Oscar Traynor Trophy.

Brian Breslin and Chris Dillon netted as Raymond Shields’ team safely sealed a place in the last eight and even an 82nd minute header by Inishowen sub Kevin O’Loughlin didn’t put them under the cosh.

It was a pretty comfortable win for the visitors, who were firmly in command across the two legs.

Once Breslin opened the scoring here two minutes before half-time, Donegal were on their way.

Chances had been few and far between until that moment in the 43rd minute when Corrie-Lee Bogan’s delicious clipped pass invited Breslin in behind. With Dylan Doherty, the Inishowen goalkeeper, advancing, Breslin nodded down and the Lifford Celtic attacker coolly slotted home.

In added time before the break, Breslin might well have wrapped the tie up, but he curled over the top from 15 yards.

On the hour, Donegal sealed their progression when Dillon brilliantly fired home from 22 yards after Daire McDaid had touched on a cross by Kyle Black. Dillon’s finish was excellent and confirmed a safe passage through to the next round.

Ninety seconds after the re-start, Christy McLaughlin had shot off the post after he connected to Darren McMonagle’s cross. It was a timely warning for the visitors, but when Dillon fired home a second, it was game, set and match.

Donegal brought a slender 2-1 lead to Buncrana after the first leg 11 nights ago, when Kevin McHugh and McDaid netted. A subsequent red card in the previous game meant that former Finn Harps star McHugh was suspended for the return leg.

In all, Raymond Shields, the Donegal League manager, showed three changes with goalkeeper Michael Mullin, Luke Nelis and Black all drafted in with Christopher O’Donnell and Damian Crossan making way. 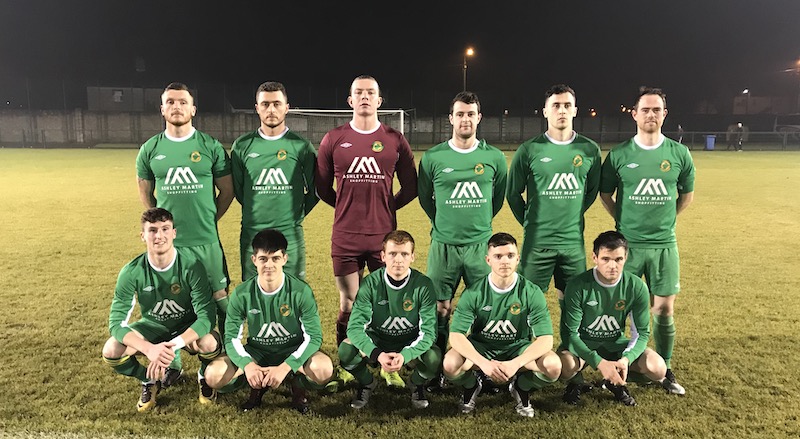 Inishowen got a lifeline in the first meeting as John Gerard McLaughlin’s goal left the tie neatly poised.

Inishowen had a big chance to level the tie on aggregate in the 19th minute but Mullin was out well to deny Conor Barrow after he got on the end of James Henry’s through ball. McMonagle was unable to get the follow-up on target.

Donegal had a similar chance down the other end when Black, after intercepting Christy McLaughlin’s loose cross-field pass, surge. The Milford man will feel as if he should have hit the target, but Dohery was out to make the save.

In between times, Dillon Ruddy whizzed wide with a snap shot from distance.

Inishowen were dealt a hammer blow with ace striker Terence Doherty unavailable through work commitments. Barrow came in for his Glengad United colleague in the only change to the Inishowen line-up.

Inishowen – winners of the competition as recently as 2015 – never hit the top gears with Matthew Crossan and Ryan Shields excellent at the heart of the Donegal rearguard and Bogan eye-catching in the engine room.

Inishowen did pull a goal back when O’Loughlin rose to head home from Matthew Byrne’s free, but Donegal weren’t going to be denied.