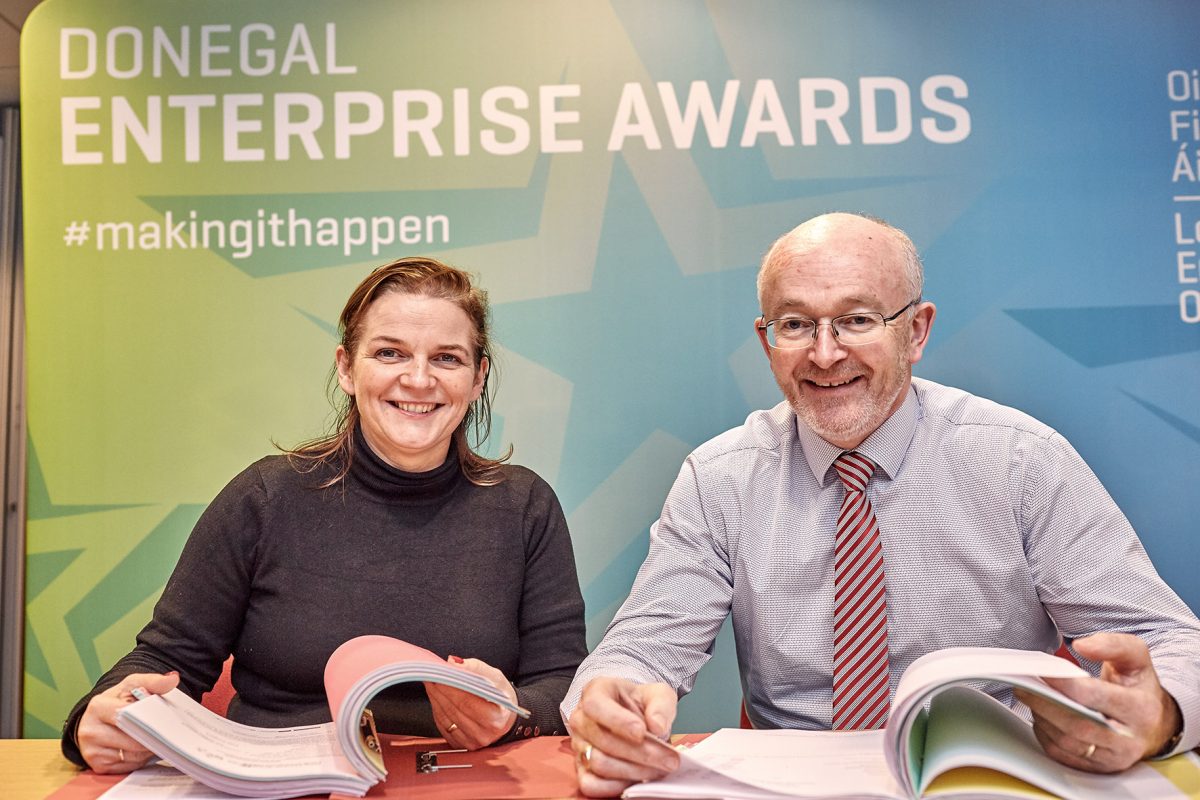 Revealed: The finalists of the Donegal Local Enterprise Awards

The sixteen finalists have been announced for the 2019 Donegal Local Enterprise Awards.

Businesses from across Donegal will compete for the highly-coveted prizes in the finals the business awards, which will be held in the Radisson Blu Hotel, Letterkenny, on the 6th of December.

The 16 finalists for the 2019 Local Enterprise Awards were selected following a rigorous screening process of the many applicants.

“The awards have been running for over 20 years in Donegal and we have a stringent process in place to make the short-list, never mind be named as a finalist,” said Head of Enterprise in Donegal, Michael Tunney.

He added that the 16 businesses in the final can all be justifiably proud of reaching this stage.

“Having come through the screening process, the next stage will see the finalists go before the judges on December 5th and the category winners will be announced after that. There will be €10,000 up for grabs across the categories, all that remains now is to see who will win the awards,” Mr Tunney added.

Awards will be presented for Best Established Business (over 18 months trading) with a runner-up in that category as well.

“As a county our economy is dominated by small and micro businesses. These awards help to highlight the contribution of these businesses to the economy of Donegal and the important role they play in providing employment and contributing to the sustainability of their local communities,” the Head of Enterprise added.

The Donegal Business Awards are also part of the National Enterprise Awards, with one of the 16 finalists set to get an opportunity to represent Donegal on the national stage next year and Donegal’s overall winner last year, Martin McGuinness, went on to win a Regional Enterprise Award.