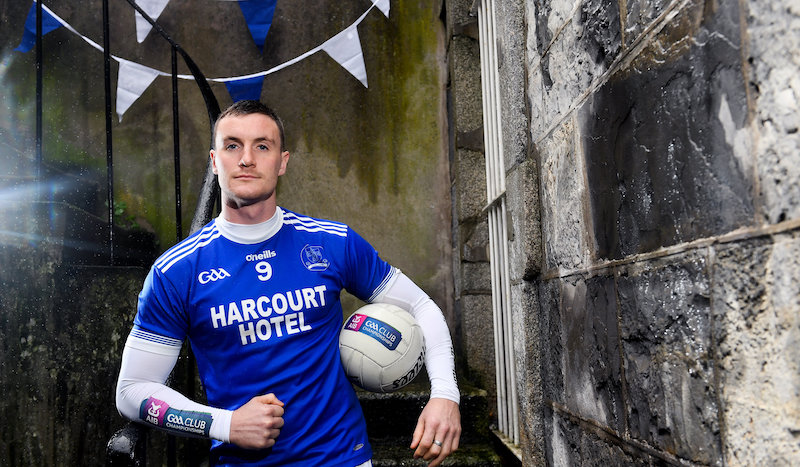 LEO McLoone was just 16 when plucked from the bench during the 2005 Donegal SFC final – now he’s hoping to be king of Ulster.

McLoone came on in the drawn game in ’05 against St Eunan’s before Naomh Conaill won Dr Maguire for the first time in the replay.

McLoone, a 2012 All-Ireland winner, has become a key cog for club and county over the last 14 years.

This weekend, McLoone – who played in the 2010 Ulster final defeat to Crossmaglen – will hope to lead Naomh Conaill to provincial glory when they face Down kingpins Kilcoo in Omagh (Sunday, 2pm)

It has been a rollercoaster for the Davy Brennan Memorial Park men, who had to endure three county final meetings with Gaoth Dobhair before they dethroned the reigning Ulster champions.

“The adrenaline kept us going for a long time,” McLoone reflected to Shane Stapleton on #OurGame.

“We were just going on steam and adrenaline, but it was good to get over. When you’re winning, it’s always a bit easier.”

Naomh Conaill lost the previous two county finals. With an Ulster club opener against Castlerahan just four days after the second replay, McLoone has told how Naomh Conaill’s determination and doggedness got them over the line.

He said: “We lost in the last two and we didn’t want that three-in-a-row. That was added pressure. As it went into the second and third game, we really wanted to make sure that that wasn’t the case.

“It was tough in one way, but it was a great time too. There was a good buzz around the club.

“Everyone was on a high. We felt that we could do it ourselves.

“We had the attitude that it didn’t matter how many games it took: If we had to play the Friday or the Saturday, we’d have done that. We really dug deep.”